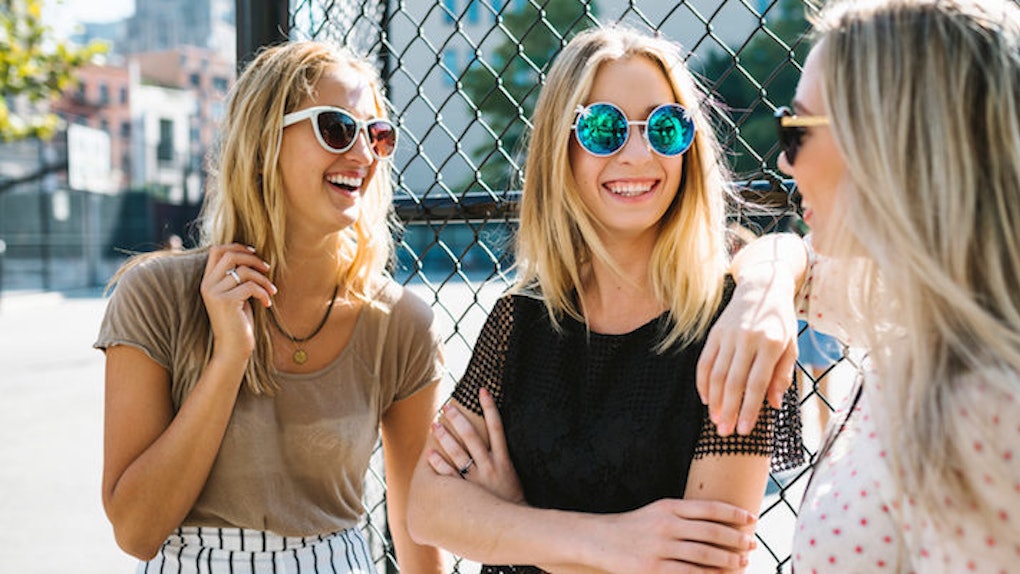 Human beings, according to MIT Technology Review, are only capable of extending their best-friend circles to include five platonic soul mates at once.

British anthropologist Robin Dunbar reportedly noted this limit back in the early '90s when he suggested there was a relationship between the size of a primate's brain and the size of his or her social circle.

Humans, like apes, are allegedly limited in our friend-collecting by the size of our neocortex. Essentially, Dunbar claimed humans can handle five besties, 10 close pals, 35 acquaintances and 100 other randos they met only God knows where.

Dunbar tested his theory by analyzing six billion phone calls made by 35 million people from 2007 (back when we all still used our phones for voice calls) under the assumption the frequency of calls between two people is a measure of how strong or weak their relationship is.

The data gathered in the experiment closely mirrored Dunbar's hypothesis. Participants generally maintained connections with about four best friends, 11 close pals, nearly 30 acquaintances and almost 129 other randos they met only God knows where.

Just face it. Unless you're Taylor Swift, one of the Kardashians or the leader of a sizable child army, you really have no need for more than five BFFs.

Citations: You Can Only Have 5 Besties at 1 Time, According to Science (Cosmopolitan), Your Brain Limits You to Just Five BFFs (MIT Technology Review)