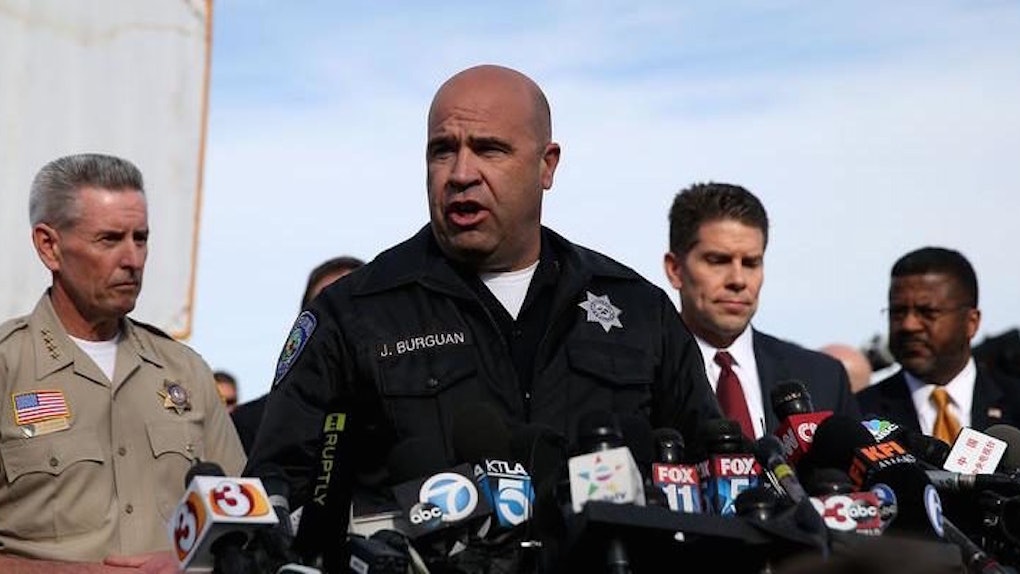 One of the San Bernardino shooters reportedly made a social media post about the Islamic State during Wednesday's attack.

According to RawStory, federal officials confirmed to CNN 27-year-old Tashfeen Malik posted a message on Facebook pledging allegiance to Islamic State leader Abu Bakr al-Baghdadi as she and her husband, Syed Rizwan Farook, killed 14 people and injured 21 at the Inland Regional Center.

A video report from CNN states there is still no clear evidence the Islamic State had a direct role in orchestrating the attack.

Malik and Farook, who left their 6-month-old child with a grandparent before opening fire at a holiday party, were shot dead by police as they fled the area.

Farook may have become radicalized when he married Pakistani Malik in 2014 and may have communicated with militants living overseas.

According to Fox News, one or both of the shooters made contact with members of al-Qaeda when Farook was in Saudi Arabia, where he first went in 2013 and again in 2014.

A coworker of Farook's at the San Bernardino County Department of Public Health reportedly said Farook seemed like a different person after returning from Saudi Arabia.

One of Wednesday's victims was 52-year-old Nicholas Thalasinos, Farook's coworker and a Messianic Jew who reportedly discussed religion with Farook many times.

A woman who knew Thalasinos reportedly said the victim never expected Farook to turn to extremism.

Several friends and family members of Farook also said the shooter never spoke of becoming violent or of hatred for his coworkers.