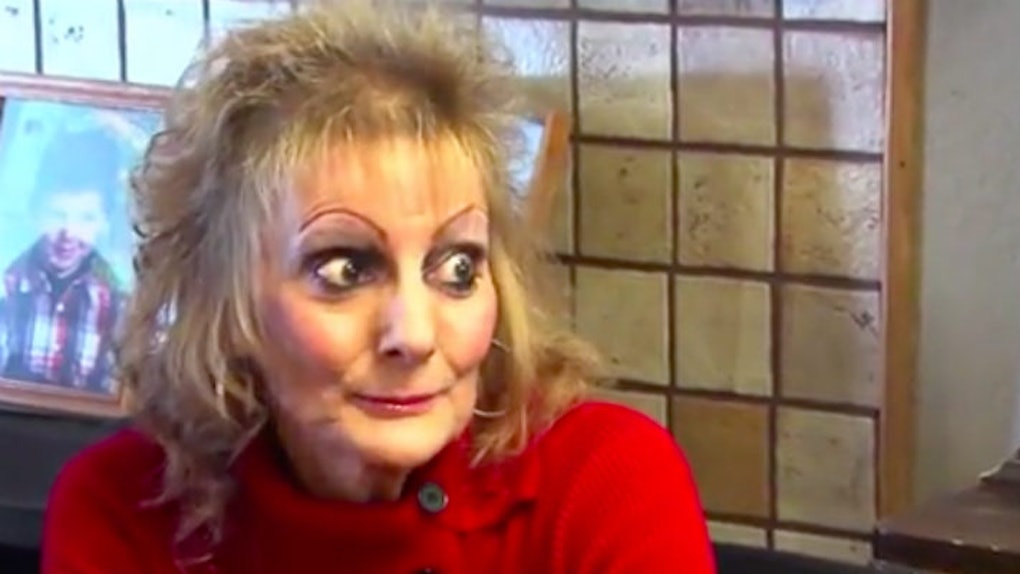 When I first saw this story, I asked myself, "What kind of person thinks salad dressing could become possessed?"

Then I saw a picture of the woman in question, and I totally understood.

Divel McLean, which is pretty close to "devil" and I think she may be projecting her own possession onto an unsuspecting inanimate object, was at her friend's house making food when the salad dressing turned on her.

I heard pop, pop, pop. I looked up, it was possessed. It was going crazy. It was shooting up in the air, to the side.

Man, how embarrassed do you think that demon feels knowing he accidentally possessed salad dressing and not a more useful host?

The Wyoming woman claims that the salad dressing exploded loudly "like a firecracker."

She said of the incident,

Well it's hard to explain, I was attacked by a bottle of salad dressing. He probably thought I was in the whiskey or something.

I'm starting to think she was as well...

She believes that the salad dressing, which has been recalled due to a bacteria in the product bubbling and causing the dressing to foam, caused $2,500 in damages.

But like, honey, two grand? Just... just clean up the salad dressing. You've never spilled something before?

I'm sorry this woman has been haunted by a possessed salad dressing. Lettuce pray.

As an expert in demonology, I can say without a doubt that the culprit is none other than...

Makatiel, a "plague of god," is a demon that can cause famine through earthquakes and storms. However, this particular demon may have gotten confused.

Instead of causing famine, he just embodied a bottle of salad dressing and really scared one lady.

This demon doesn't respect himself enough. Possessing a $3 bottle of dressing? Come on.