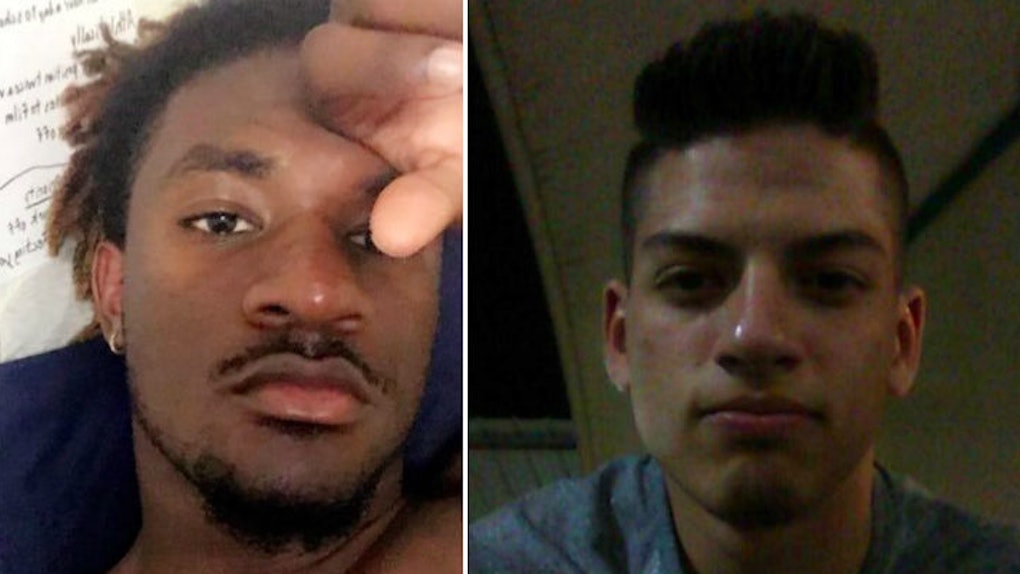 Both Ford and Bowers were not charged and have since transferred to other schools.

The woman, who went to the hospital hours after the assault and contacted the police, received a written apology from one of the attackers.

She filed a lawsuit against the men last week, which included the messages she received.

The lawsuit also accuses Rutgers officials of creating a "sexually hostile educational environment" by allegedly encouraging Ford and Bowers to change their story about the night of the assault.

Rutgers officials and Bowers did not comment on the lawsuit.

When reached by phone, Ford said,

I'm not going to say anything.

According to the lawsuit, Bowers was dating the 18-year-old freshman when the attack took place. He then sent her a number of messages apologizing for the assault.

He blamed Ford for getting them both drunk.

He told the woman that Ford allegedly "took advantage of both me and you and raped you while you weren't even coherent."

Another message said he was "disgusted" with himself. He went on to write,

I'm so so sorry this happened. I never will put you in a situation like that again and right now I do hate myself for it I don't even know what to do with myself. I'm so angry and upset at myself I don't know what to do.

On November 18, Bowers told football officials about the alleged assault. He and Ford were suspended from the football team the next day.

Bowers has since transferred to the University of Rhode Island.

Ford told NJ Advance Media a month after the alleged assault that he planned on transferring. He said,

Ford attended Jones County Junior College in Mississippi earlier this year and will be transferring to play football for East Carolina University in 2017.

The victim has also transferred schools after she failed most of her classes following the assault. She suffered from physical injuries and has been diagnosed with post-traumatic stress disorder. She is currently seeing a therapist.