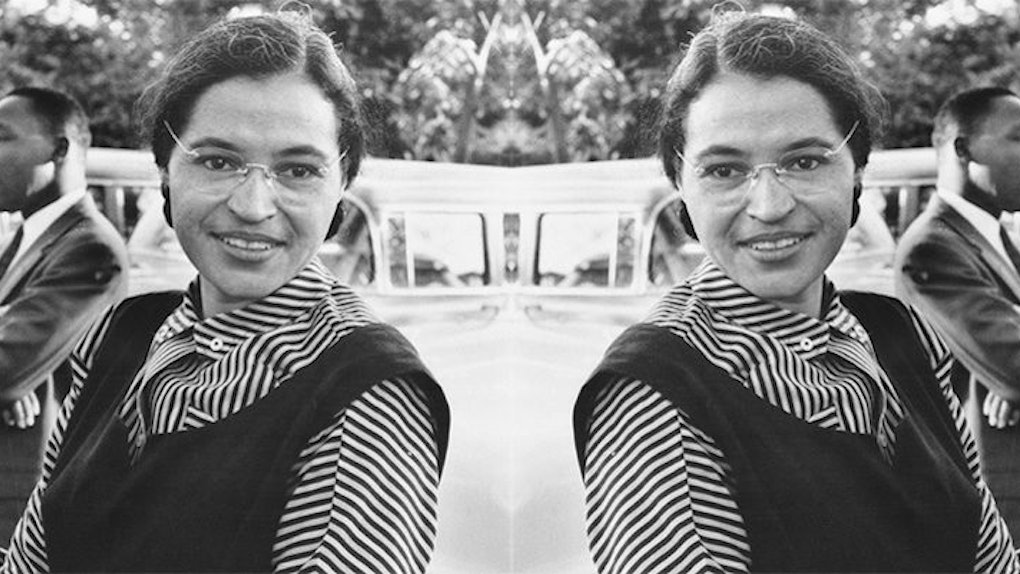 Tuesday, December 1, marks the 60th anniversary of Rosa Parks' famous refusal to give up her bus seat to a white man in Montgomery, Alabama.

She was jailed for the act, which prompted a 381-day boycott of buses, led in part by Dr. Martin Luther King Jr. The boycott ended in 1956 when the Supreme Court outlawed segregation on buses.

Parks was named the "mother of the Civil Rights Movement," a title she did not call for but came to accept over her lifetime. She died in Detroit at the age of 92 in 2005.

Although Parks is widely known, she actually wasn't the first to refuse to give up her seat in Montgomery.

Claudette Colvin was arrested for the same reason nine months earlier at the age of 15. Parks was secretary of the local NAACP chapter, and it's disputed exactly how spontaneous her refusal to move was.

Regardless, Parks' stand was a major moment in the fight for racial equality -- which we see continuing in today's Black Lives Matter movement.

In honor of her lasting legacy, here are six quotes to mark the six decades since Parks' revolutionary act.

On refusing to give up her seat:

I was not tired physically, or no more tired than I usually was at the end of a working day. I was not old, although some people have an image of me as being old then. I was 42. No, the only tired I was, was tired of giving in.

On patience for change:

By standing up to something we still don't always affect change right away. Even when we are brave and have courage, change still doesn't come about for a long time.

- From a 1997 interview by young students with Scholastic.

On how she wanted to be remembered:

I'd only like for [historians] to say that I was a person who believed in the freedom and equality for all people, regardless of their race and color, regardless of whatever their religious beliefs may be. All people should be treated equally and have equal opportunity to make their lives what they should be.

The only way for prejudiced people to change is for them to decide for themselves that all human beings should be treated fairly. We can't force them to think that way.

- From a 1997 interview by young students with Scholastic.

On advice to young people:

The advice I would give any young person is, first of all, to rid themselves of prejudice against other people and to be concerned about what they can do to help others.

- From a 1995 interview with the Academy of Achievement.

No, we haven't. We still have much more to do and much to encounter and we will never have come as far as we should as long as there are people who are denied opportunity for education as well as careers and work.