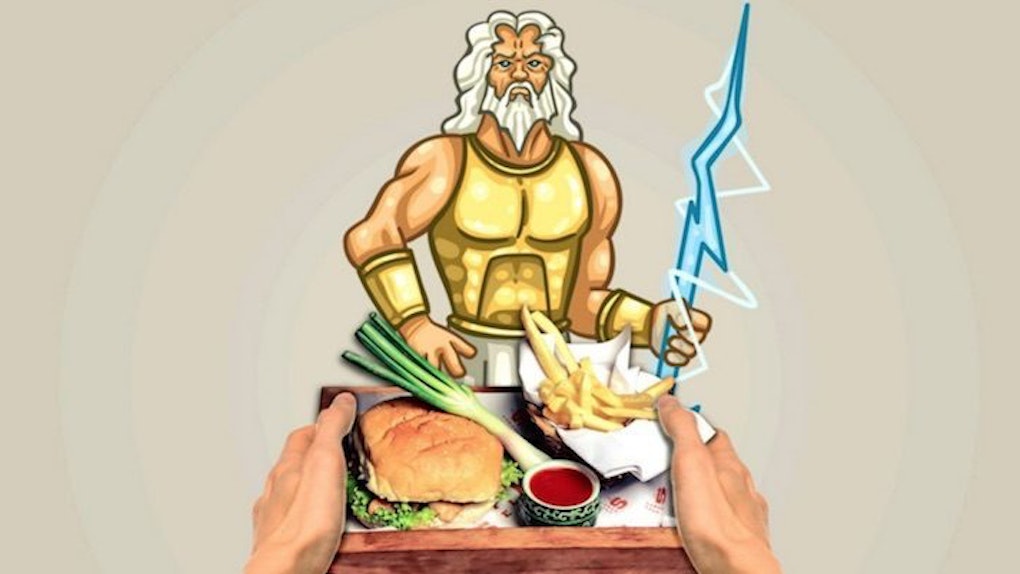 Restaurant Attacked For Naming Sandwiches After Men Who Abused Women

A restaurant billing itself as an Italian sandwich joint recently garnered heat for its misogynist marketing.

Table No. 5 in Pakistan -- the unofficial world capital of delicious, authentic Italian sandwiches -- coined the tagline, “If she won't make you a sandwich, we will,” to draw hungry men's rights activists in for a bite.

Additionally, the names of sandwiches available at the restaurant were, until recently, misspellings of names of alleged rapists and domestic abusers.

When a photo of the menu hit the Web, people suggested Table No. 5's aim to profit off publicized abuse promoted violence toward women.

An attempt by Table No. 5 to “CLARIFY” its philosophy only dug the restaurant deeper.

WE NEED TO CLARIFY SOMETHINGA lot of people have been calling us misogynists over the past few days. I guess we... Posted by Table No. 5 on Wednesday, November 4, 2015

City officials reportedly stepped in as criticism grew, and the restaurant posted an apology on Facebook.

Attention people! We've read a lot of your comments, blogs, articles and essays on our marketing strategy and would... Posted by Table No. 5 on Wednesday, November 11, 2015

Any apology including the phrase, “You've won this round,” is generally less of an apology and more of a wounded villain's farewell preceding a temporary retreat into the shadows.

In an interview with BuzzFeed, a rep for the restaurant shared,

This whole 'rapist' stuff was never our intention… Will our sandwich jokes also die down? Probably not. That's all in good fun.

“Rapist stuff” can be such a drag when you're just trying to get a few laughs and make a few sandwiches, but that's precisely why Table No. 5 may one day eradicate the need for women altogether.

Posts on the restaurant's Facebook suggest women will never be able to match up to their chief universal competition: sandwiches.

Wait, are these guys f*cking these sandwiches?

Good thing women aren't the only ones making sandwiches these days. Posted by Table No. 5 on Wednesday, November 4, 2015

These guys are 100 percent f*cking these sandwiches, no?

Girls at Dhabas, a feminist group aiming at “defining public space(s) on our own terms and whims” penned a post Tuesday denouncing the marketing tactics of Table No. 5.

What Table No. 5 thinks is a quick + smart strategy to get attention by gaslighting women and feminists is deeply... Posted by Girls at Dhabas on Tuesday, November 10, 2015

What Table No. 5 thinks is a quick + smart strategy to get attention by gaslighting women and feminists is deeply problematic. [The strategy] derails conversation on how male micro-aggressions very quickly translate to physical violence for a lot of women in our society.

With all of the amazing spots in Pakistan to get quality Italian sandwiches, perhaps customers should consider skipping Table No. 5 for spots less steeped in hatred.