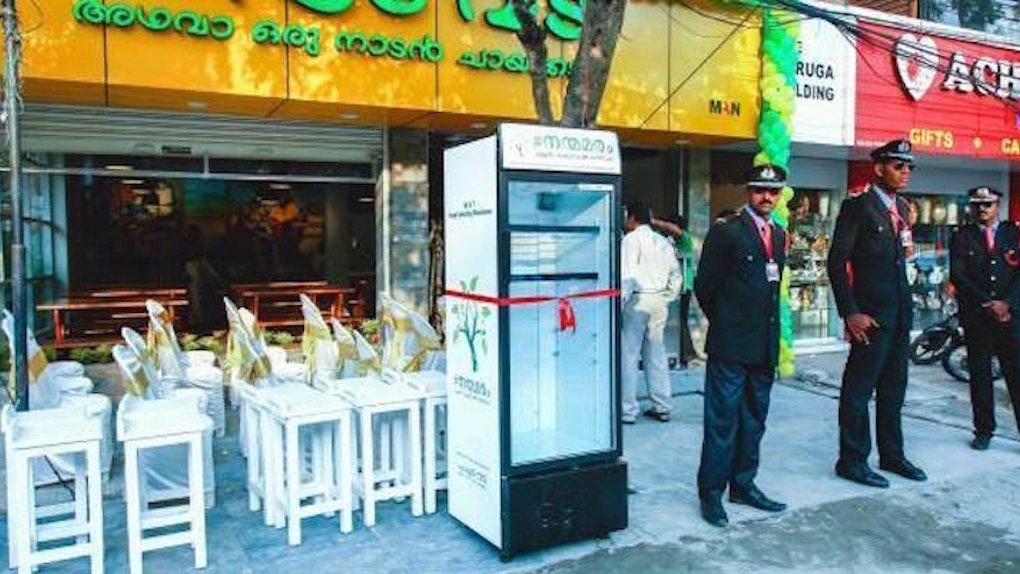 Food waste is a major problem globally: Researchers estimate approximately 30 percent — or 1.3 billion tons — of all food produced around the world is lost, trashed or otherwise wasted every year. The statistics are staggering, especially when you consider how many people around the world need that food to survive.

After seeing a hungry woman pick through her trash one night, restaurant owner Minu Pauline decided to donate her restaurant's leftover food to the hungry.

Launching what would soon become a major citywide initiative, Pauline stored the cafe's eats in a refrigerator outside of her Kochi restaurant, Pappadavada.

Soon, her small “leftovers” refrigerator turned into a large-scale donation center, with foods from her kitchen and those of other restaurants nearby. Even some of the community's other citizens donated food to the one-woman food bank as a way of helping out. It's open 24 hours a day and is never surveilled, allowing those in need to maintain their privacy while collecting donated food.

The Kochi-area restaurant and its generous owner have attracted a lot of attention in national and international news, and according to Pauline, donations have been piling in from residents and restaurants all over India.

And best of all? The community's charitable efforts have worked: The community refrigerator provides foods for dozens of locals every night (and, though not confirmed, has likely cut down on food waste among local restaurants).

While creating a program like this on a nationwide scale is, perhaps, a bit hard, it can be done, and it absolutely should be.

Read more about food waste here and learn what we can do to follow Kachi's magnificent lead.