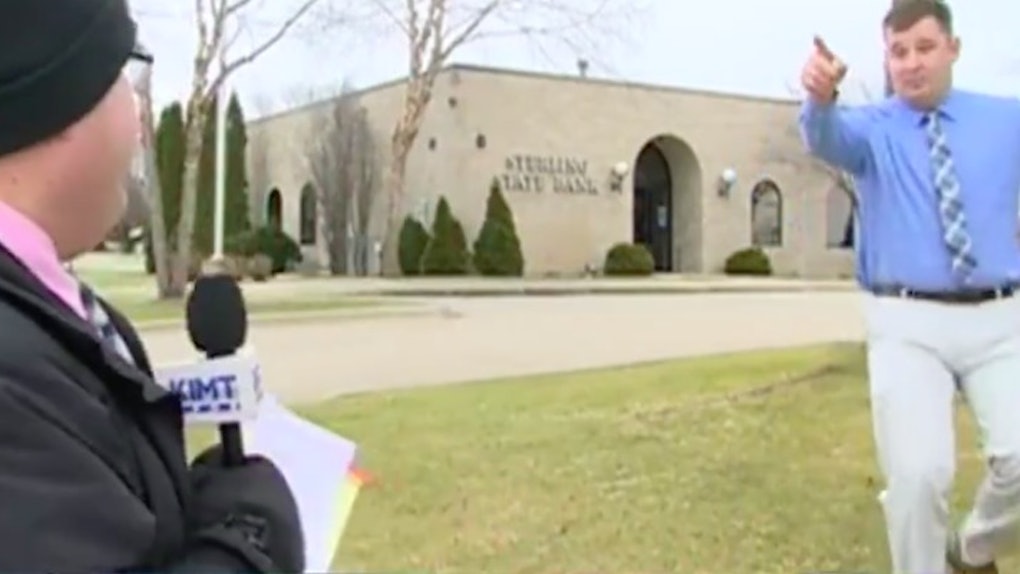 A TV reporter spotted an alleged robber in action while doing a live broadcast outside a bank that had been previously robbed that week.

According to TIME, KIMT's Adam Sallet was reporting from outside the Sterling State Bank in Rochester, Minnesota on Tuesday to discuss a bank robbery from the day before.

Sallet had just begun to speak when a bank employee came running right behind him, pointing his finger at something in the distance out of the video frame.

The employee then apparently informed Sallet he was chasing the robber, who had returned to the bank and robbed it a second time.

A confused Sallet had no choice but to casually tell his viewers about it.

The alleged robber, 36, was arrested later that day after a police officer who was leaving a training class came upon the suspect's vehicle.

Rochester Police Captain John Sherwin said Sallet's description of the suspect's car "matched the vehicle we were looking for, so we knew right away that this was very likely the same guy that hit [the bank on Monday].”

Sallet said he was "on edge already because that guy was a little suspicious," referring to the alleged robber he saw running away off-camera.