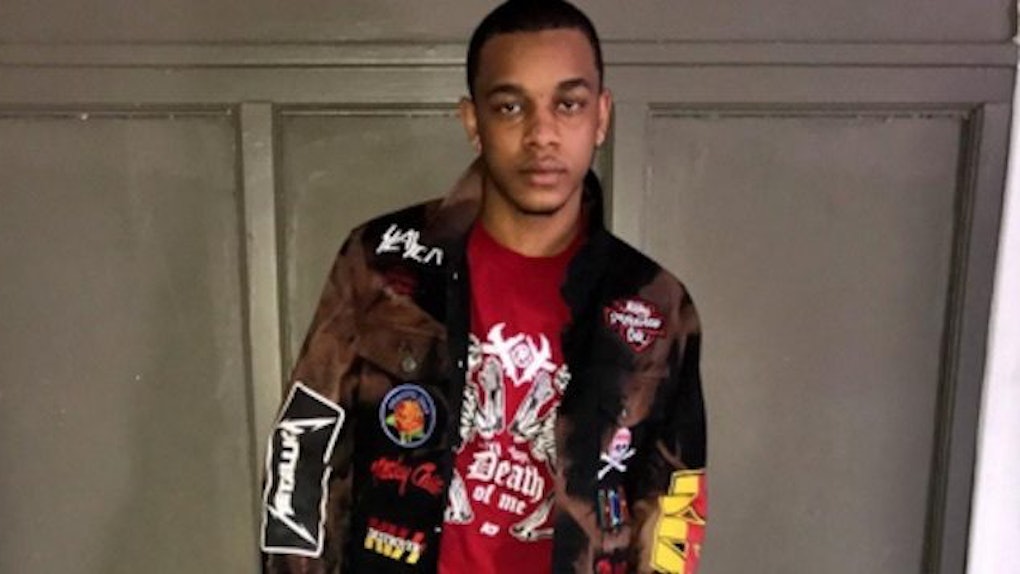 If you're into rap music, you might be familiar with Crayshaun Bates, a 19-year-old artist who goes by the name Lil Cray.

Last month, the rapper was out of jail and under house arrest after being charged with attempted murder and gang activity, DailyMail.com reports.

That didn't stop him from chasing his showbiz dreams, though, because he violated the terms of his $150,000 parole to shoot a music video in a courtroom where he was indicted.

In fact, the name of the song he was shooting the video for is "Indicted."

OK... that's kind of clever. (I am by no means condoning his criminal actions, though.)

Lil Cray shot the video last month at the Cuyahoga County Juvenile Justice Center in Cleveland, Ohio, after he was indirectly given permission to do so.

Apparently, Judge Michael Ryan opened the courtroom after hours for a friend who is also a music producer. However, he didn't know Lil Cray was involved until the night of the shoot, Fox 8 reports.

Once the judge found out the criminal teen was involved, he didn't stop the video shoot even though he was aware of his various charges.

While defending the rapper and his talents, Ryan said,

Last time I checked the Constitution, everyone is innocent until proven guilty. I'm always about helping young people, especially when I see that they have promise. They have talent.

It's been reported Lil Cray was finally caught violating his house arrest on January 6, when he was taken into custody at his home by police.

According to Cleveland.com, the famous teen was supposed to be home by 11 pm under the rules of his arrest, but called a prohibition emergency line to let them know he had a flat tire and needed to stop at a gas station.

He was given permission to be home by 11:30 pm, but his ankle GPS showed he made an unauthorized pit stop at the liquor store on his way home.

Deputies showed up at Bate's residence around 1 am and found him drunk in his basement with friends.

They arrested him at the scene. Shortly after, the rapper allegedly offered $35,000 in cash for the deputies to not take him into custody, but they didn't take him up on it.

On Tuesday, Lil Cray was jailed for violating the terms under his $150,000 parole.

Fox 8 asked Judge Michael Ryan if he would allow the criminal rapper to film once again in the courthouse, and he wasn't exactly sold on the idea.

No. No. Probably not one of the better choices that I made. But I was trying to help.

Meanwhile, Lil Cray's attorney, Nate Malek, has plans to ask the judge on his case, Judge Robert McClelland, if he can still perform at four upcoming concerts.

Apparently, McClelland will decide his fate as a rapper on Friday.

Citations: I TEAM: local rapper facing charges uses courtroom for video shoot (Fox8), Judge revokes Cleveland hip-hop artist's bond after recent arrest (Cleveland), Outrage as rapper who is charged with attempted murder is allowed to use a COURTROOM to shoot a music video called 'Indicted' before his trial (DailyMail.com)