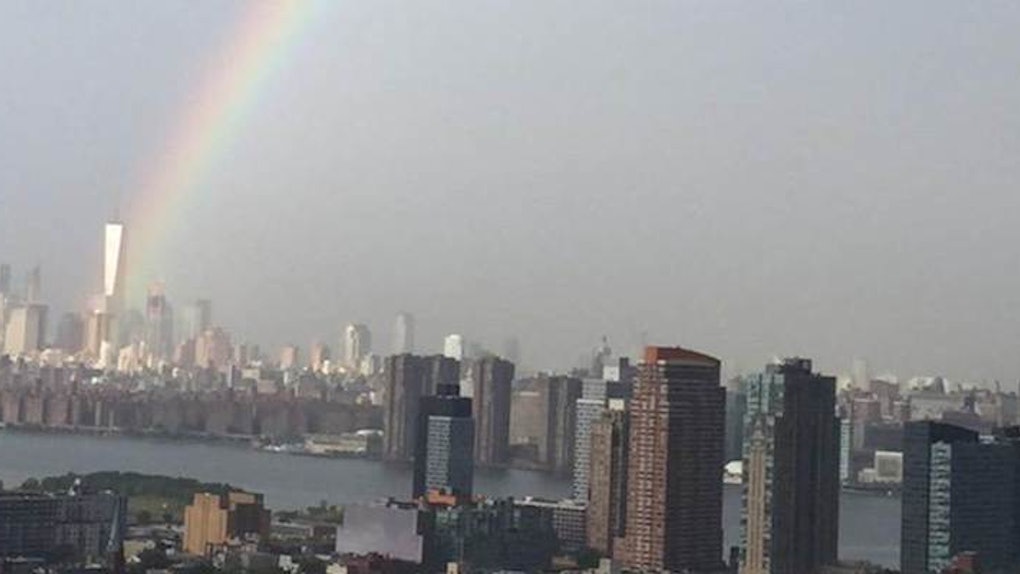 Never Forget: Rainbow Emerges Over One WTC Day Before 9/11 Anniversary

A stunning symbol of hope and glory shone over the One World Trade Center one day before the anniversary of the September 11 terrorist attacks.

According to NBC News, Ben Sturner was on the balcony of his Long Island City residence yesterday when he photographed a rainbow that seemed to literally sprout out of the Freedom Tower.

Sturner's post attained massive praise from the Twitterverse, largely thanks to the optimism it inspired in light of remembering one of the most harrowing days in American history.

For one person, it was the perfect pick-me-up.

This person thought of healing the wounded.

But sometimes, the most powerful reaction features very few words.