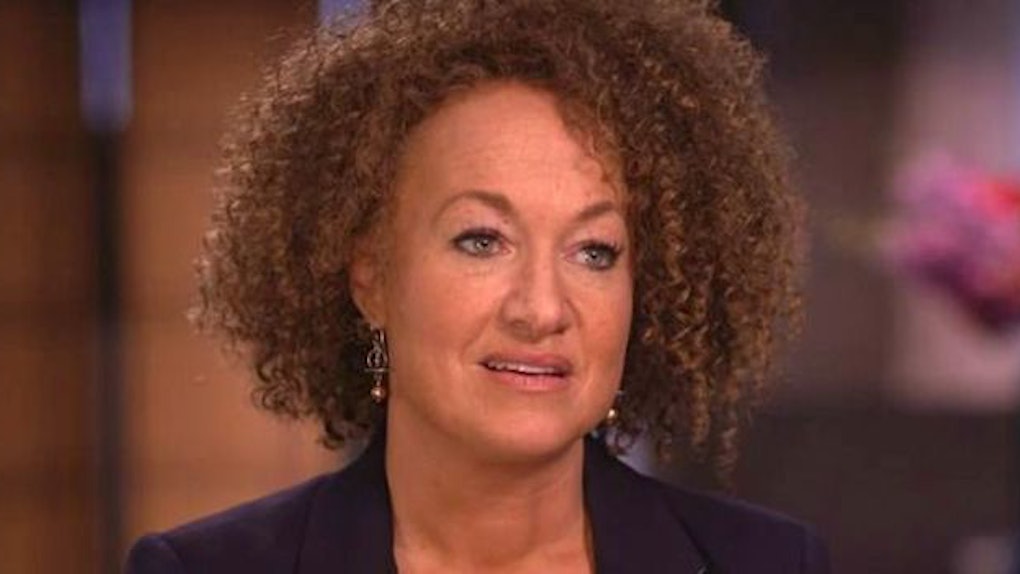 Rachel Dolezal Says She Still Identifies As Black Despite The Backlash

In a recent interview with Vanity Fair, Rachel Dolezal revealed the controversy that enveloped over the past few weeks had no impact on her identification as a black woman.

According to Daily Mail, the 37-year-old former president of the Spokane chapter of the NAACP said even though she was born to two white parents, she "didn't deceive anybody" by claiming to be black.

Dolezal reiterated to the magazine she simply has a different definition than the public as to what makes someone black or white.

It's taken my entire life to negotiate how to identify... You can't just say in one sentence what is blackness or what is black culture or what makes you who you are.

Dolezal apologized to anyone who felt "misled" by her but stressed her chosen identity is "not a costume."

It was roughly six weeks ago when her parents said by around 2007, their blonde daughter began "disguising" herself with light brown skin and brown curls.

But Dolezal, who has four black adopted siblings, soon reportedly told NBC despite being born with white skin, "nothing about being white describes who [she is]."

In her interview with Vanity Fair, she added she believes there is a difference between being black and being African American, the former of which she identifies as.

It seems because of the particular struggles Dolezal has gone through, she feels her life is more akin to that of a black woman.

I don't know spiritually and metaphysically how this goes, but I do know that from my earliest memories I have awareness and connection with the black experience, and that's never left me. It's not something that I can put on and take off anymore.

Dolezal since stepped down from her position with the NAACP, partially due to the "awkwardness" that ensued regarding herself and the civil rights group.

In addition, her contract for her teaching position in the Africana Studies program at Eastern Washington University was not renewed.

Citations: Six weeks on race faker Rachel Dolezal STILL unapologetically identifies as a black woman and says I deceived no one (Daily Mail)