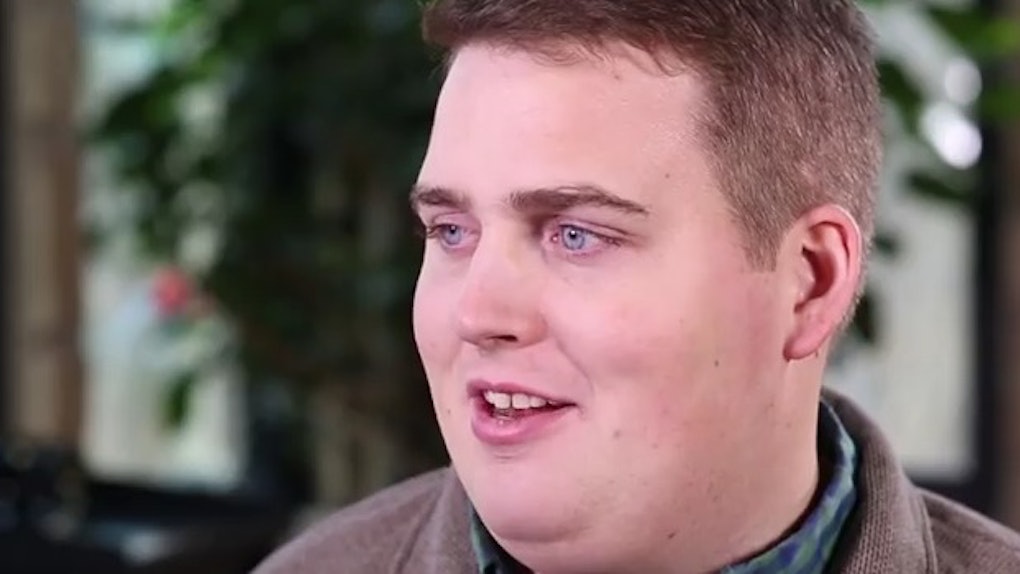 A computer chip allowed an Ohio man to become the first quadriplegic to use his own thoughts to control his arm.

Ian Burkhart, 24, was diagnosed a quadriplegic about five years ago after diving into a wave in North Carolina and breaking his neck on the sandy surface, The New York Times reports.

Paralyzed from the chest down, Burkhart lost all feeling in his hands and legs, and most believed he would never use his hands again.

But in 2014, Burkhart was contacted by a surgical team at Ohio State University and asked if he would undergo experimental, invasive brain surgery he didn't technically need.

He agreed, allowing the team to implant a pea-sized chip in the area of his brain that controls hand movements.

Within this chip are 96 "microelectrodes" that record brain signals involving individual neurons.

Once Burkhart healed over the course of several months, he began training multiple days a week in a lab to learn how to use his right hand and fingers again.

According to WIRED, the Ohio State team plugged a cable into Burkhart's skull, connecting the chip to a computer that decodes his brain signals into instructions for movements. These instructions are then sent to an electrode sleeve on his arm that stimulates the muscles.

In an article for New Scientist, Burkhart wrote,

When we first used the device, it was something that took a lot of concentration. I would feel completely mentally drained and physically exhausted after a session.

At first, Burkhart needed an avatar on a computer screen to prompt him to try certain movements that would require no thought for someone who isn't paralyzed.

The avatar was no longer necessary, however, after just a few months of training.

Seeing my hand move for the first time was really exciting. At that point, it was just over three years since my accident. When I was able to think 'open my hand' and my hand opened, it really gave me that flicker of hope.

Approximately one year after training began, Burkhart was able use his hand to pour from a bottle and even play a guitar video game. He can also pick up a mug, stir a straw and swipe a credit card.

Burkhart can currently only use his hand while connected to a computer in the lab, but the Ohio State team is working toward making the technology smaller in order for Burkhart to use it at home.

Burkhart may even be able to mount the system on his wheelchair.