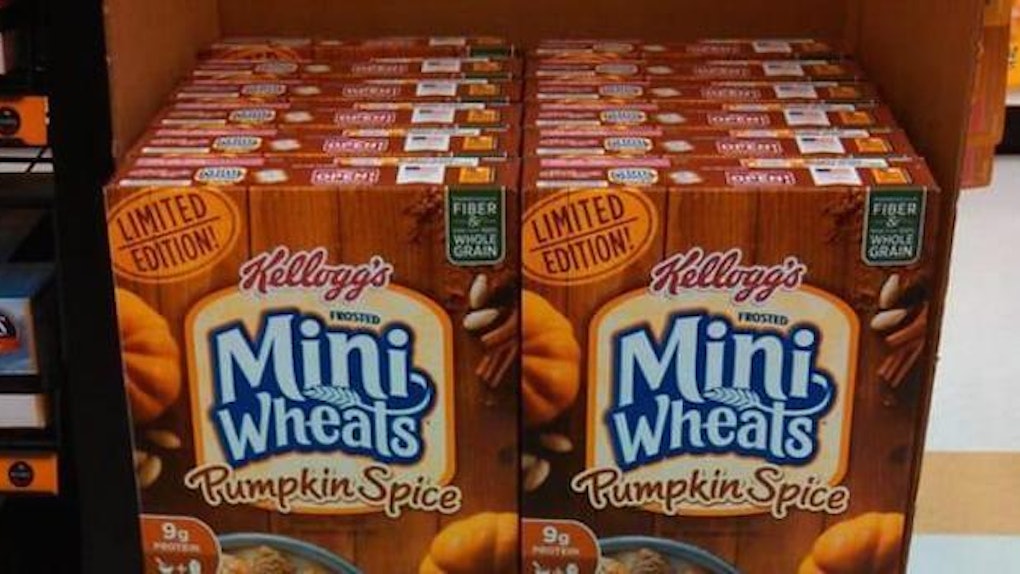 It isn't even fall yet, but it looks like pumpkin spice pandemonium is already starting.

This week, cereal giant Kellogg's announced the recent launch of Pumpkin Spice Frosted Mini-Wheats, becoming the first major cereal brand (aside from Trader Joe's) to tap into the national obsession with the fall-inspired flavor.

The cereal may already be available in some locations, but the cereal giant has not yet set a date for nationwide release.

However, the limited-edition breakfast staple will be available in grocery stores across the country soon; you'll just have to keep an eye out.

It may be a little early for pumpkin season, but who's to say you can't enjoy fall flavors while it's 90 degrees out?

(No one, that's who). Get snacking, friends!

Citations: Pumpkin Spice Cereal Is Finally Coming To A Supermarket Near You (Refinery29)