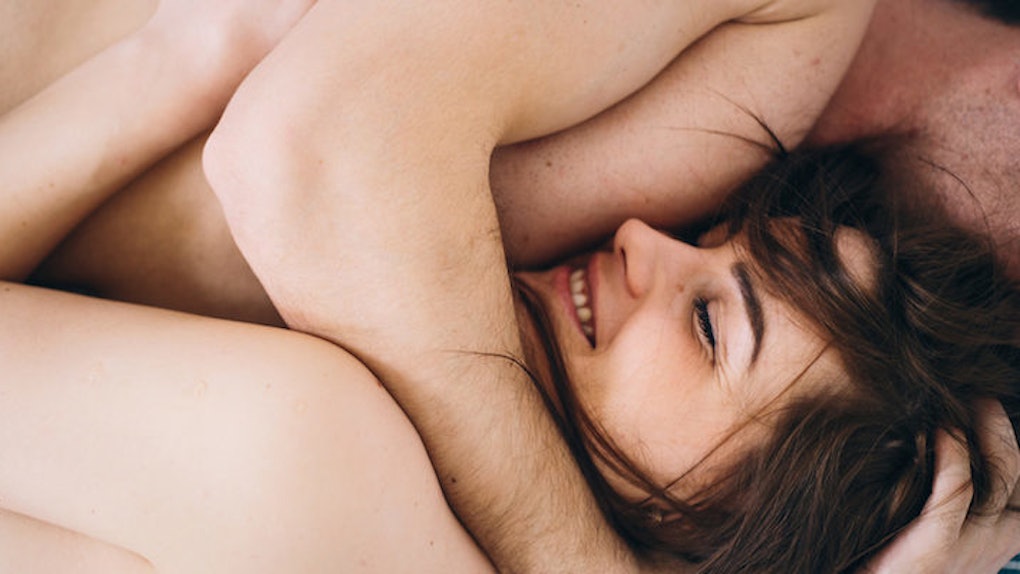 'Pulling Out' Is Almost As Effective As Condoms In Preventing Pregnancy

Most of us don't want babies yet, right? Good. I mean, who wants to be responsible for a smelly bag of mucus and spit that constantly yells and is trying to literally kill itself all the time?

My cousin's kid once ate a straw at the Thanksgiving table, and the only reason we found out he did is because he pooped it out the next day. WHAT IS THE END GAME FOR THAT MANEUVER, ALEX? Straws don't look OR taste good! WHY?!

When it comes to not having a baby, common thought believes there are few things more effective than just donning a condom before gettin' down.

But, what if I told you fumbling through packaging and boxes during the heat of the moment was an unnecessary step to ensure you don't get burdened with a child for the next 18 years?

What if I told you there was an easier -- and better-feeling -- way to have sex without having children?

What if I was to tell you wearing a condom was just as effective as the "pull-out method?"

*GASPS FROM THE CROWD*

OK! SETTLE DOWN! I HAVE SCIENTIFIC NUMBERS!

The CDC recently reported "pulling out" is the second most practiced form of sex used by teens -- right behind condoms, right above birth control and, probably, in the same area as yelling,

According to the CDC, this isn't a great statistic, though, as the report warned pulling out isn't a reliable method, ranking it as one of the least effective family planning methods.

Big words, CDC. Big words. Big words for an organization THAT MAY BE WRONG!

According to an article in Contraception, when pulled off correctly, “withdrawal” leads to just a 4 percent pregnancy rate among couples who use the method, while the pregnancy rate for those who use male condoms sits at 3 percent.

Within the first year of testing out these methods, couples' pregnancy rates rocket up to 18 percent when the pull-out method was used imperfectly and 17 percent for when male condoms were worn how they are "typically" applied.

The number three is pretty close to the number four, and the number 17 is close to 18. So, is pulling out really that much worse?

The bigger issue at play here is some doctors know these facts but are afraid to come out and support the pull-out method because it goes against generally held beliefs.

There's definitely a stigma among many educators and medical providers.

Several of the medical professionals I reached out to for this piece were sympathetic to withdrawal use but afraid to say so publicly.

Also, telling teens pulling out is A-OK could be a horrific idea as a condom is still the best method to defend against STDs.

Rachel Jones, principal research scientist for the Guttmacher Institute group that carried out the two studies on withdrawal-method pregnancy rates, pointed out,

Young people especially should be using condoms every time they have sex, and saying anything positive about withdrawal will discourage that.

So, the argument really becomes how much information should we let teens have.

Citations: Pulling Out Is as Effective as Using Condoms (Broadly)