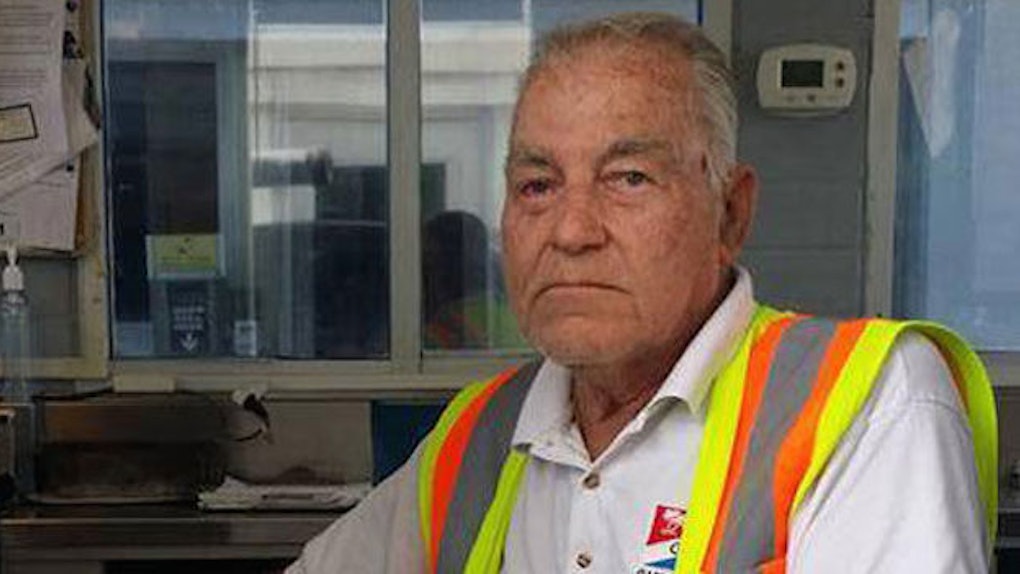 A beloved Fort Meyers toll collector was fired after he accidentally undercharged a driver and paid the difference out of pocket.

Vladislav "Sam" Samsonov worked as a toll collector for 29 years, and he is known in the area for being a friendly agent who frequently hands out lollipops to kids and gives treats to dogs at his gate.

That all changed last week when he undercharged a driver $5.50 and was caught putting the difference in the register.

The act of covering a driver's toll is reportedly against protocol and led to his dismissal from Gasparilla Island Bridge Authority (GIBA).

According to his daughter's Facebook post, Sam was previously issued warnings about paying tolls for drivers, but it was still a bit of a shock when he was asked to leave.

Unfortunately he has broken rules in the past such as loaning his own money to people who realized they did not have enough on them when they arrived at the toll booth, which GIBA frowns upon. Enjoy your forced retirement Sam, you will be missed by the GIBA customers.

Sam is also a veteran, so fortunately, he is financially taken care of, but he still plans on spending time volunteering at a hospital to keep busy.

You can watch the full NBC2 news segment below.

Florida, get your sh*t together.