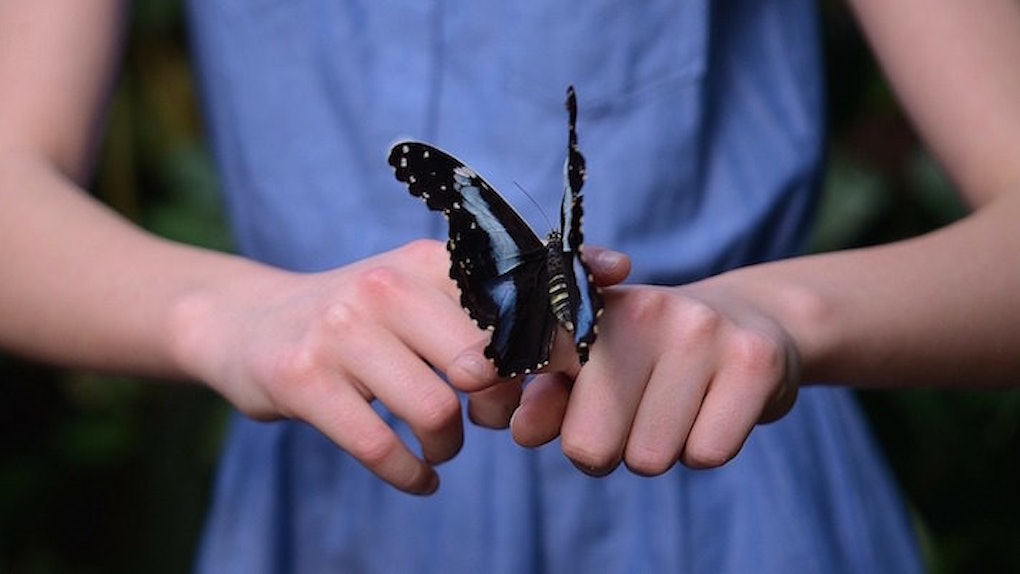 Pollinator Species Are Dying Off, Here's Why That Is Really, Really Bad

Bees may be a little scary and possibly annoying, but without question they should be the most beloved insects in the bug world.

Why? Because nearly 75 percent of the world's food crops depend on them.

Simply put, without bees and their pollinator friends, the world is totally f*cked.

Pollinators are important contributors to world food production and nutritional security. Their health is directly linked to our own well-being.

Without pollinators, many of us would no longer be able to enjoy coffee, chocolate and apples, among many other foods that are part of our daily lives.

Yep, say goodbye to all of the best foods on Earth.

Beyond losing all those delicious foods, humans will also be losing big dollars if bees and butterflies disappear. According to the report, $235 billion–$577 billion in annual crop revenue would be directly affected by the pollinators' demise.

If losing food and money isn't enough to convince you to save the bees, then maybe losing beauty will. Almost 90 percent of wild flowering plants depend to some extent on animal pollination.

What exactly is causing these insects to face extinction? Come on, take one guess.

If you guessed humans, you're right.

Wild pollinators in certain regions, especially bees and butterflies, are being threatened by a variety of factors. Their decline is primarily due to changes in land use, intensive agricultural practices and pesticide use, alien invasive species, diseases and pests, and climate change.

Beyond pesticides and climate change, genetically modified food may also be a contributing factor to pollinator decline. The report notes,

Genetically modified crops are usually either tolerant to herbicides or resistant to pest insects. The former reduces the availability of weeds, which supply food for pollinators. The latter often results in lower use of insecticides and may reduce pressure on beneficial insects including pollinators. However, the sub-lethal and indirect effects of GM crops on pollinators are poorly understood and not usually accounted for in risk assessments.

So what can we do to help these little amazing creatures? The report gives several answers including this list:

Scientists are also developing "robot bees," which may be instrumental in the future of pollination. In the meantime, we owe it to the bees, the butterflies and ourselves to save them.

Citations: Pollinators Vital to Our Food Supply Under Threat (IPBES)