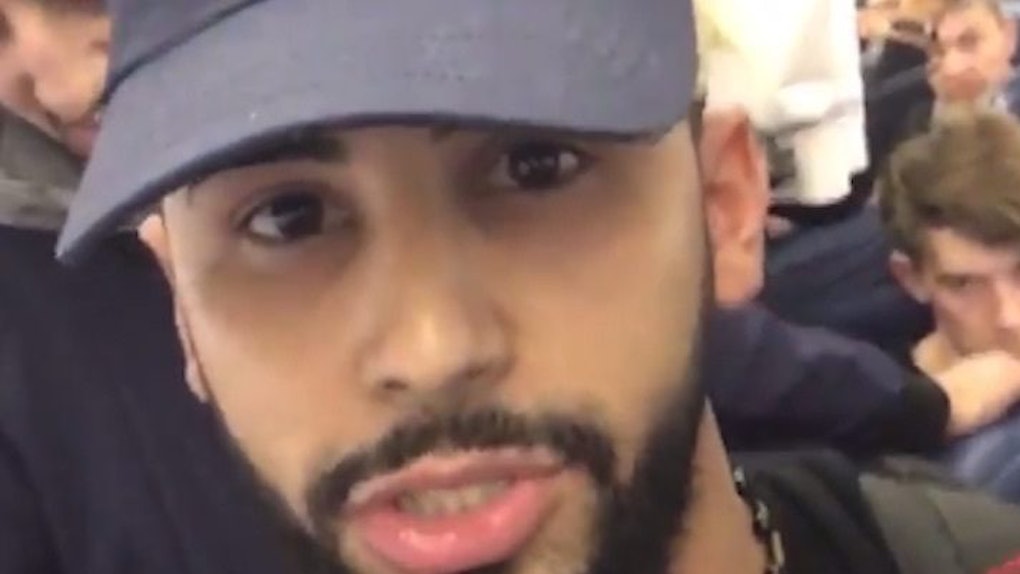 Adam Saleh, a 22-year-old YouTube star from New York, claims he was kicked off a Delta flight on Tuesday morning "for speaking Arabic" while on the phone with his mother, The Guardian reports.

The YouTube star was on a flight from London to New York with his friend Slim Albaher, who was also escorted off the plane.

We're getting kicked out because we spoke a different language. This is 2016!

Saleh recorded the entire incident and posted the video to Twitter, which was retweeted thousands of times within a few hours.

In the video, as Saleh is escorted off the plane, a few passengers in the back appear to mock him, to which Saleh replies,

You guys are racist! ...I'm about to cry right now.

Another passenger standing near Saleh comes to his defense. He describes what is occurring as "insane," and asks the flight attendants why they are escorting Saleh and his friend off the plane.

After being taken off the plane, Saleh posted several other videos on social media, including one with the caption, "Boycottdelta."

According to Saleh's Twitter account, he and his friend were put on another flight to New York. He said he plans to see his lawyer once he arrives.

Some are questioning the legitimacy of Saleh's account of what occurred, and are requesting more information.

Two customers were removed from this flight and later rebooked after a disturbance in the cabin resulted in more than 20 customers expressing their discomfort. We're conducting a full review to understand what transpired. We are taking allegations of discrimination very seriously; our culture requires treating others with respect.

Some of those who initially expressed skepticism eventually gave Saleh's story more credence, especially after Delta issued its statement.