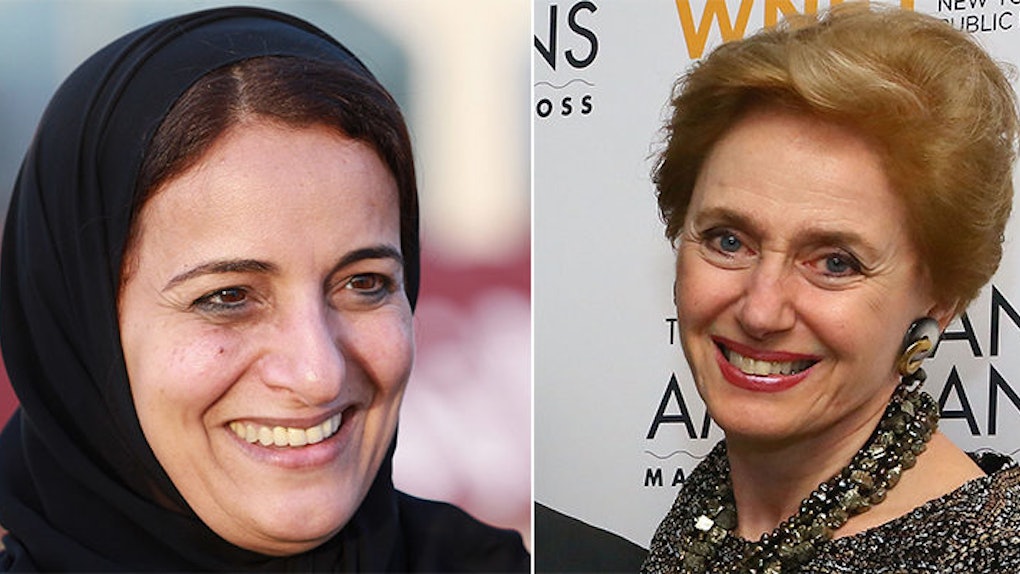 With all the confusion and uncertainty swirling around the Syrian refugee crisis, it's pretty easy to start to feel like things are, well, hopeless. But that's not so.

In fact, there are four super rad women out there in the world who are making real change happen. They are tackling the situation in Syria as you read this.

Check them out, and hopefully you'll also come away from it feeling hopeful and inspired about humanity and the individuals (particularly the stellar women) who comprise it.

Bennett runs the Multifaith Alliance for Syrian Refugees in Jordan, an interfaith organization that's not too jaded to believe that a group of dedicated individuals can make a major difference in the world.

According to Bennett, it's not that there's a lack of attention to the problem or even a lack of funding. It's just that the nature of the war makes it pretty hard to tell who should get aid and who shouldn't.

Her work at MFA has both a short- and long-term goal. The organization wants to raise awareness and funding for aid organizations serving refugees in Jordan and work with Israeli organizations to help provide relief. She proves she has the guts to tackle all of this while rising above religion.

This coterie of super smart women came together to shed some serious light on the disproportionate effects that the refugee crisis has been having (and is continuing to have) on women with their ground-breaking paper.

Their research outlines how the situation in Syria puts women's health in a precarious state, since it leaves them with incredibly poor access to sexual assault treatment and other equally important emergency services.

As the authors put it,

Women often have an essential role in post-conflict reconstruction, their basic needs should be met so they can emerge from this ongoing crisis as essential stakeholders in the recovery process.

This hard-hitting ladyboss stops at nothing to bring news about the Middle East into homes of Americans across the world. Now that Syria, her home country, has spiraled into chaos, she's taken to bringing as much attention to the matter as she can.

By broadcasting snippets like "Nearly half of UN aid airdropped in #Syria unaccounted for" and "Report From Aid Groups Calls #Syria Hospital Attacks 'Unprecedented,'" she's using the place she's earned in the media to draw some serious attention to what's going on in Syria. This is incredibly important because knowledge is power.

Sheikha Lubna is about as badass as they come. Forbes ranked her as the 42nd most powerful woman in the world, and it simply isn't very hard to see why.

Among tons of other amazing accomplishments, in 2014, she was leading the United Arab Emirates' administration that gave over $12 million in aid to Syrian children and refugees. In her spare time, she does things like contributing to the Friends of Cancer Patients Society and the Dubai Autism Centre Board of Directors.

While not everyone has the ability to help gain $12 million government structures, there's still plenty that people like you and me can do to help. From giving some spare dinero to a cause instead of getting a coffee to simply staying on top of what's happening as an informed citizen, there's tons that can be done, and nothing is too small.