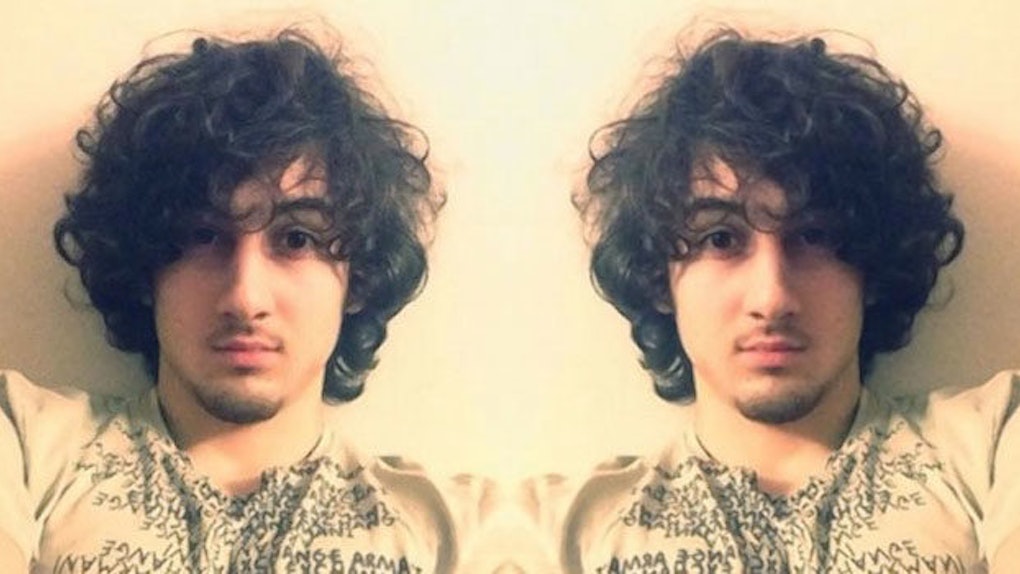 Why The US Should Consider Ending The Dealth Penalty

With the penalty phase winding down in the trial of The Boston Marathon bombing suspect Dzhokhar Tsarnaev, it’s clear many Americans want retribution.

The prosecution is asking the jury to consider the death penalty for Tsarnaev, whose devastating attacks, perpetrated with his brother, injured 264 participants and spectators and killed three others.

But, is the death penalty the way to punish him?

Even among Tsarnaev’s victims, there isn’t any clear consensus.

The parents of the youngest victim of the bombings, an 8-year-old boy named Martin Richard, have come out against it.

“We are in favor of and would support the Department of Justice in taking the death penalty off the table in exchange for the defendant spending the rest of his life in prison without any possibility of release and waiving all of his rights to appeal,” Bill and Denise Richard wrote in an op-ed recently.

There are many reasons to oppose the death penalty.

Dzhokhar Tsarnaev is just one person, and there are countless others — some deserving of punishment and others completely innocent of the crimes charged against them — worthy of consideration who currently sit on death row.

Still, whether innocent or not, the death penalty needs to be abolished in the United States. Here's why:

The Death Penalty Is Immoral

Now, there are examples where the government has the right to perform an action that its citizens should not.

For instance, police officers are able to speed on highways because their quick response is needed.

However, when you analyze the death penalty, it truly is a hypocritical practice. The state is essentially saying, “You shall not kill; if you do, we will kill you.”

Punishing people by saying they will be subjected to the same act they themselves committed, while seemingly fair, is granting the state undue and unreasonable powers.

We also put ourselves in some bad company when it comes to human rights abuse by keeping the death penalty in our country.

In 2012, the United States, along with China, Yemen, North Korea and Iran, carried out the most death sentences globally.

Why do we want to punish our criminals the same way those nations do?

The Death Penalty Is Expensive

“It’s 10 times more expensive to kill them than to keep them alive,” said Donald McCartin, a former California judge who sent nine men to death row.

Between his resignation in 1993 and his death in 2012, McCartin argued against the practice for moral and financial reasons.

“It’s a waste of time and money,” he added. “The only thing it does is prolong the agony of the victims’ families.”

Proponents of capital punishment have a simple solution to this: shorten the appeals process. It would, indeed, cut the monetary argument out of the equation, but at what cost?

Innocents Have Been Sentenced And Killed, And More May Still Be Wrongly Put To Death

If we shortened the appeals process, innocent people would die in the process.

We know this because we’re already executing innocent people by mistake; we ignore the pleas of those wrongly convicted and kill them, anyway.

One study conducted on the subject of innocent people put to death concludes that from 1973 to 2004, more than 300 individuals were wrongly executed in the United States.

It’s not as if we’re oblivious to this, either. Tales of individuals being exonerated after 30 years on death row often appear in our news feeds.

They are examples of how flawed the system truly is.

Now, imagine if we curtailed the appeals process. Are we so sure that would be the just and humane route to go? Or, would more innocents lose their lives in the process? Most can agree the latter would hold true.

These arguments and others like them are why we need to end the death penalty in the US. Innocent people continue to be released after spending decades in prison, or worse, they reach their execution date and can no longer fight for their innocence. It should not be this way.

There are signs Americans are becoming less supportive of the death penalty.

A 1995 poll showed more than three in four people supported the practice; today, it’s just barely over half.

While a majority of people still support the death penalty, there has been a significant change of how we view the practice.

Whether a majority supports it or not, the death penalty itself is an immoral act that unjustly puts people to death.

Until that aspect can be fixed, a moratorium should be placed on the death penalty until higher standards can increase its accuracy (if it's even continued at all).

I understand the desire to execute people like Dzhokhar Tsarnaev. A man with such little remorse for his actions will never be a valuable member of society.

But, I question why the death penalty is the way to punish criminals, even those like Tsarnaev.

Do we want to give them a punishment like death? Or, would living out the remaining years of their lives in prison be a better punishment?

That’s an argument we rarely hear, as well: Death may be too kind of a punishment for some criminals.