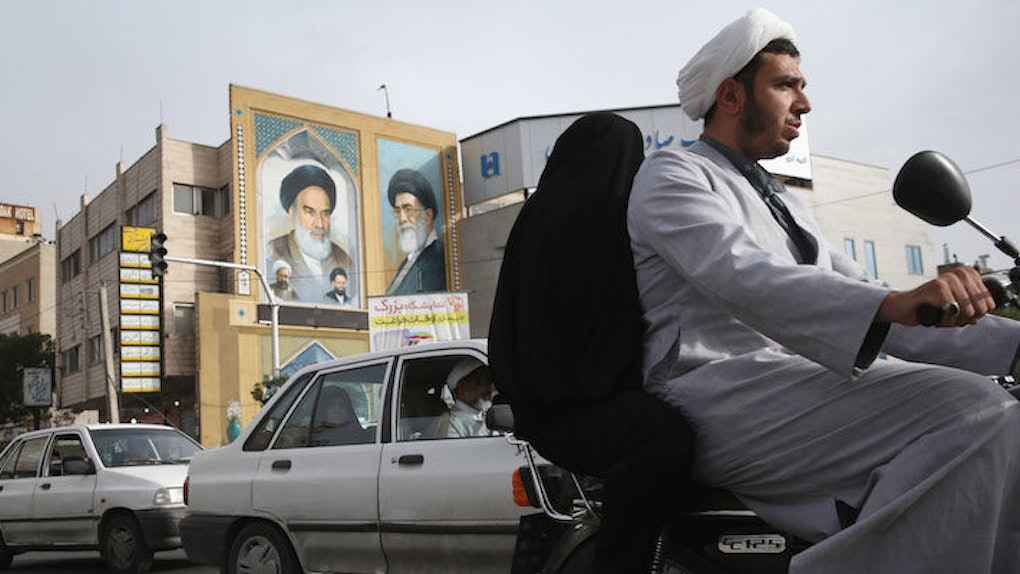 Saudi Arabia and Iran have never exactly been tight. This week, the rivalry between the countries got even worse.

On Saturday, Saudi Arabia executed 47 people for terrorism offenses. One of those people was Sheikh Nimr al-Nimr.

Nimr was a Shiite cleric who spoke out against the oppression and discrimination against Shiite people in Saudi Arabia.

Shia and Sunni are different versions of the Muslim religion caused by a disagreement over who should lead the religion after the Prophet Muhammad died. They follow the same basic beliefs, but have differences in practices.

Saudi Arabia is run by a royal family that is Sunni, following the more conservative Wahhabi branch of the faith. Iran, meanwhile, is Shia-led.

More than religious differences, though, Iran and Saudi Arabia essentially fight over power.

The two Middle Eastern nations have far-reaching influence in the region, including in Bahrain, Syria and Yemen. They fight proxy wars, backing different factions in various nations to promote their control.

The Saudi royal family has been gripping onto their power by many means. Protests rose in the country spurred by the 2011 Arab Spring going on around the Middle East, which Nimr encouraged.

While protests in other countries led to new power structures, the Saudi royal family held onto their status and, at least for a time, squashed the protests.

After the executions, protests broke out at the Saudi embassy in Tehran, Iran, on Saturday night and went into early Sunday.

Protesters broke into the embassy and the building was set on fire.

Police eventually removed the protesters from the embassy. Signs renamed the street the embassy is on after Nimr.

The Iranian leadership’s criticism of Saudi Arabia, along with the damage to the Saudi embassy in Tehran, led Saudi Arabia to take an official stance against Iran.

On Sunday, Saudi Arabia cut diplomatic ties with Iran. Iranian diplomats had 48 hours to get out of Saudi Arabia, and Saudi Arabia stopped all flights to and from Iran.

The United Nations Security Council spoke up, criticizing the protests on the Saudi embassy in Tehran.

But the Security Council didn’t mention the cause of the protests -- Saudi Arabia’s execution of Nimr and the 46 others.

We’re unlikely to see any outright condemnation of the executions from the West. Saudi Arabia is an important ally to the United States, despite its well-documented history of human rights problems.

Saudi Arabia is aiding in the fight against ISIS and to stop the ongoing conflict in Syria, making it a valuable ally.

But lately relations have been a little strained. In addition to human rights issues and public unrest in Saudi Arabia, the US has seemingly been growing closer to Iran -- as with the Iran nuclear deal.

The US is still keeping its ties with Saudi Arabia, but with some warnings. On Saturday, the US State Department said:

We reaffirm our calls on the Government of Saudi Arabia to respect and protect human rights and to ensure fair and transparent judicial proceedings in all cases.

We are particularly concerned that the execution of prominent Shia cleric and political activist Nimr al-Nimr risks exacerbating sectarian tensions at a time when they urgently need to be reduced.

This statement has been criticized by many as too weak.

We’ll have to wait to see how this situation will continue to unfold, with tensions high.