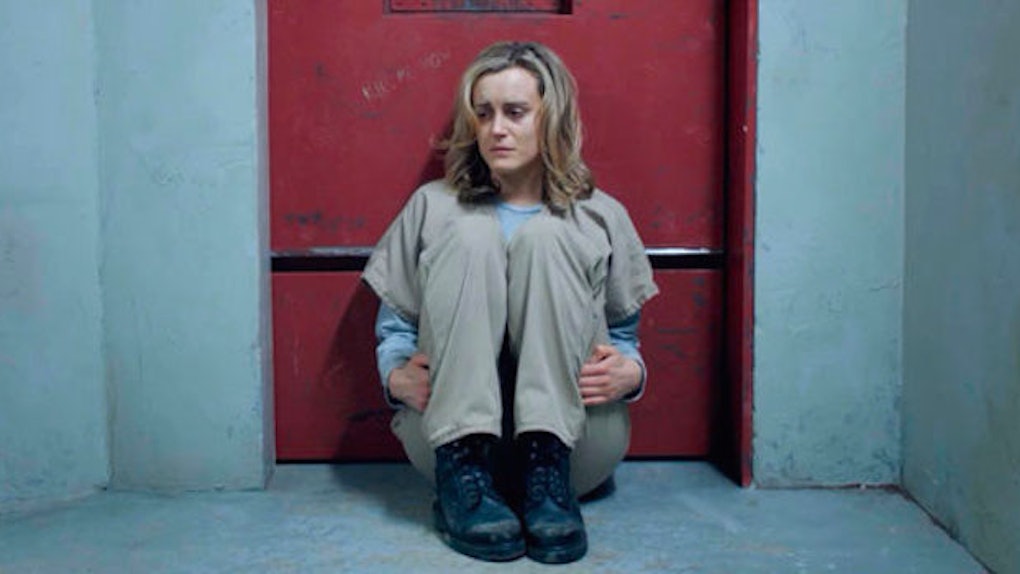 How US Prisons Aren't Rehabilitating People, They're Torturing Them

Sixteen is a milestone age. It's when most young people get their driver's licenses, go to prom, apply for college and begin to figure out who they want to be in life (or at least who they think they want to be). In many ways, it marks the final transition from the awkward teen years into full-blown young adulthood.

But this isn't how it went for a young man named Kalief Browder. In 2010, when Browder was 16, he was arrested in the Bronx after being accused of stealing a backpack. Due to the ineptitude and inefficiency of New York City's courts, among other factors, he was subsequently held on Rikers Island for the next three years without trial.

For nearly two of those years, he was subjected to the hellish and madness-inducing isolation of solitary confinement, in which he attempted suicide on more than one occasion.

While most of his peers were enjoying high school, Browder spent a lot of his days with little to no human contact. During the times he was around people, he frequently endured abuse and beatings from other inmates and prison guards.

Browder, who maintained his innocence from the moment he was arrested, was ultimately released after his case was dropped. At that point, he'd been held on Rikers Island for over one thousand days without ever being convicted of a crime.

In October 2014, Browder's harrowing tale was documented in a heartbreaking piece from the New Yorker, which also delved into his struggles post-jail.

Browder's traumatic experiences had taken a significant toll on his mental health, and he found it difficult to return to normal life.

Speaking with the New Yorker, he stated:

Being home is way better than being in jail. But in my mind right now I feel like I'm still in jail, because I'm still feeling the side effects from what happened in there. ...I feel like I was robbed of my happiness.

His experiences on Rikers, particularly the time he spent in solitary confinement, left him deeply conflicted, depressed, anxious and paranoid.

Tragically, all of this culminated on Saturday, when Kalief Browder killed himself.

Jennifer Gonnerman, who wrote the New Yorker piece on Browder, told the New York Times that Browder's horrific experiences in solitary confinement made it difficult for him to fully heal and move forward.

After Rikers, she said, Browder "almost recreated the conditions of solitary" by locking himself in his room, and "he was very uncomfortable being around people, especially in large groups."

Indeed, there's no doubt spending so much time in solitary confinement played a fundamental role in Browder's death.

Unfortunately, Browder is hardly unique. There is evidence around half of the juvenile prisoners who've committed suicide were in solitary confinement at the time.

This is an unspeakable tragedy.

As Browder and others have revealed, solitary confinement has severe psychological consequences, particularly for adolescents, a fact frequently reinforced by research.

Accordingly, in January, Rikers Island announced prisoners under 21 will no longer be placed in solitary confinement, given the obvious negative consequences.

As Vox notes, other states across the US are also seeking reform and moving toward banning solitary confinement for mentally ill and younger prisoners in particular.

These developments are positive, but perhaps should go even further. There's no doubt prisoners under 21 or those suffering from mental illness should never be placed in solitary confinement. But the case can also be made the practice should be abolished altogether, except for in extreme circumstances.

The use of solitary confinement in US prisons has become excessive.

Solitary confinement is when a prisoner is separated from the general prison population and placed in an isolated cell, usually very small, for up to 23-hours-a-day. Sometimes this lasts for years on end.

America's longest-serving prisoner held in solitary confinement, Albert Woodfox, who has made recent headlines and might be released, has been in isolation for 43 years.

Prisoners are typically placed in solitary confinement as a form of punishment or to protect them from other prisoners and vice versa.

But it's evident this practice is frequently abused and used excessively. According to the Washington Post, experts claim it's often used to punish prisoners for infractions as small as talking back.

Not to mention, it's estimated there are currently 80,000 US inmates in some form of solitary confinement or isolation.

What's more, keeping just one inmate in solitary confinement costs $78,000, which is three times as much as inmates in regular housing.

Solitary confinement is arguably a form of torture.

We must ensure in all circumstances – and particularly when it comes to our young people – that incarceration is used to rehabilitate, and not merely to warehouse and forget.

One word that sticks out in particular here is "rehabilitate," in the sense that prison is not simply meant to punish, but also to correct behavior and help inmates become productive members of society.

When we're placing inmates in solitary confinement for years, sometimes even decades, seemingly ignoring them, this is nearly impossible.

People who've become accustomed to being separate from other humans will undoubtedly have issues reintegrating into society. It's no wonder over two-thirds of freed inmates end up back in prison within three years.

Correspondingly, Juan Méndez, a United Nations expert on torture, has contended solitary confinement should be completely banned in most, if not all, cases, stating:

Solitary confinement is a harsh measure which is contrary to rehabilitation, the aim of the penitentiary system. Considering the severe mental pain or suffering solitary confinement may cause, it can amount to torture or cruel, inhuman or degrading treatment or punishment when used as a punishment, during pre-trial detention, indefinitely or for a prolonged period, for persons with mental disabilities or juveniles.

In other words, when individuals are placed in solitary confinement, particularly adolescents like Browder, it can fairly be characterized as torture.

Instead of rehabilitating inmates, America is debatably torturing them. It's time for this to end.

Comparatively, the Scandinavian prison system actually aims to help inmates return to society. It favors probation over imprisonment and punishment.

While the United States has the highest incarceration rate in the world, with 2.3 million people currently behind bars, places like Sweden (population 9.5 million) have a prison population of less than 5,000 people. Consider the fact there are nearly that many inmates (3,278) in the US serving life sentences for non-violent crimes.

Scandinavian prison systems actually treat inmates like human beings, and they become better people because of it. Reoffending rates in Sweden are at around 40 percent, decidedly lower than the US.

Simply put, the American penal system is failing, while the Scandinavian prison system is a model for the world.

The US, which prides itself on its "freedoms," is one of the best countries in the world at depriving people of their liberty. This is not only hypocritical, it's unacceptable -- and a young man took his own life over the weekend because of it.