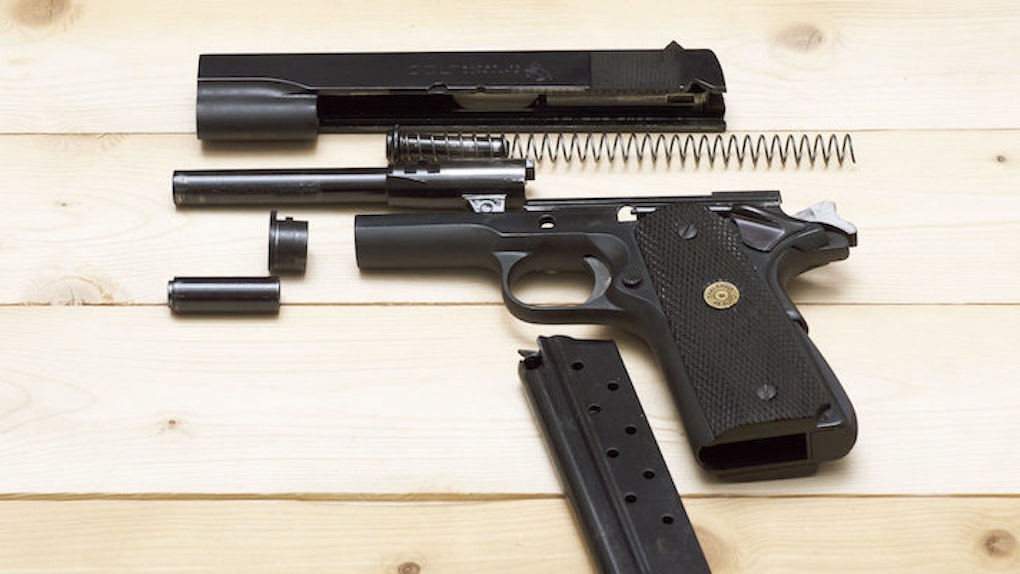 What The US Can Learn From Australia About Gun Control

The suggested plan would make gun dealers who sell more than a certain amount guns a year legally licensed dealers, who would then have to comply with background checks for purchasers.

Right on cue, Republicans have already criticized Obama for even considering executive action on guns.

In actuality, Obama’s potential proposal is relatively minor. It would affect private, high-volume dealers and institute background checks for sales -- which are already standard for licensed dealers under 1993’s Brady Act.

At this point, it’s clear our nation’s leaders have given up on getting any stricter gun laws passed, seeing there’s no way to get by staunch belief in the constitutional right to bear arms and the heft of the National Rifle Association.

While passing even minor gun control laws seems like an impossibility in America, Australia was able to overhaul its gun laws two decades ago.

The policy completely banned semiautomatic and automatic rifles and shotguns. It said people could still buy guns, provided they were sold by licensed sellers, individually registered, and the purchaser had a “genuine reason” for owning -- which could not include self-defense.

Buyers have to be older than 18, wait 28 days and take a safety course.

The closest the US has come to something like this was an assault weapons ban that President Clinton enacted in 1994.

Ultimately, 18 firearm models were explicitly banned and there were many loopholes to the law. When it came time to renew the ban in 2004, Congress dropped it.

To fully impose the new firearms agreement -- including the semiautomatic and automatic bans -- Australia had to get rid of the guns citizens already owned.

To do this, the government set up a mandatory buyback. Australian states bought the newly-illegal guns from owners at a fair price and allowed people to hand over illegally owned guns without punishment.

The buyback cost the Australian government $230 million, which was covered by a small increase on health insurance tax.

Nearly 700,000 guns were bought and destroyed by the government, which translates to roughly 40 million guns in the US, according to Howard himself.

So how did this all turn out?

There were 13 mass shootings in Australia in the 18 years before 1996. There have been none since then. The risk of dying by gunshot fell by more than 50 percent in the years after the National Firearms Agreement was enacted, according to CNN.

People will continue debating the actual effect of Australia’s gun laws on violence and death in the country, but there are a few hints. As Zack Beauchamp wrote at Vox:

1996 and 1997, the two years in which the NFA was actually implemented, saw the largest percentage declines in the homicide rate in any two-year period in Australia between 1915 and 2004.

While the debate continues, a 2011 study from researchers at Harvard found the states that had more guns bought back also had a bigger drop in firearm deaths.

We tend to only talk about gun control when it concerns mass shootings and tragic murders. But there’s another major piece to consider: Many people commit suicide using guns. In fact, about two-thirds of gun deaths in the US are suicides.

A 2010 study from researchers at the Australian National University determined there was a 74 percent decline in the firearm suicide rate after the buyback.

Again, the link between the buyback and decline gets disputed, but a more specific stat helps show the connection. Some Australian states were quicker to implement buybacks and, as described by Dylan Matthews at the Washington Post:

If America could reduce firearm suicides by the same amount Australia did, 15,000 people would be saved every year, Matthews said in Vox.

Former Australian Prime Minister John Howard wrote in 2013 that, as Howard did, Obama can go after America’s guns. He summed up the effects of his actions simply:

Few Australians would deny that their country is safer today as a consequence of gun control.

Last Friday morning morning in America, one person was killed and three were wounded in a shooting at Northern Arizona University. That same afternoon, two people were shot at a student housing complex near Texas Southern University and campus was put on lockdown.