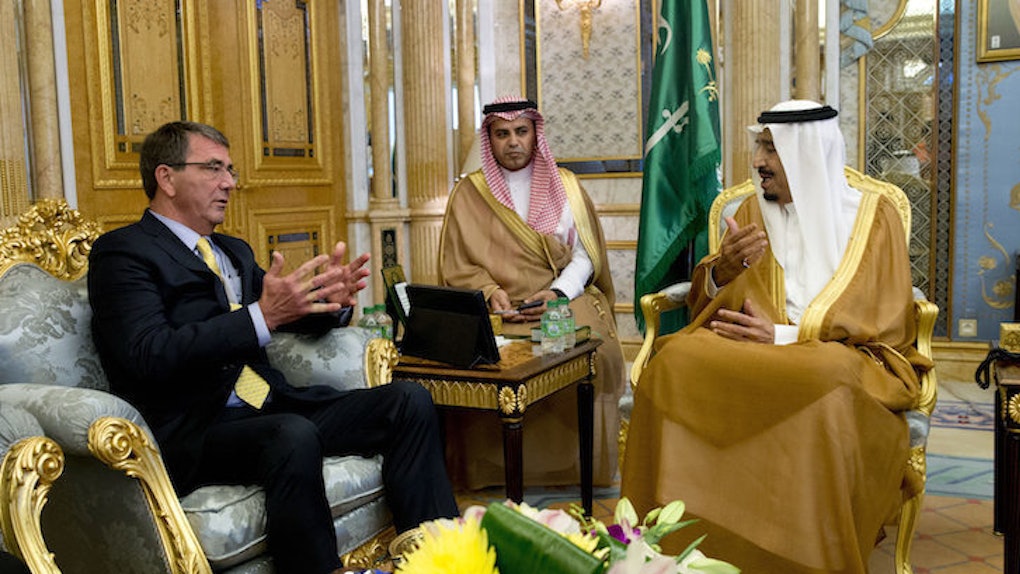 In the United States, freedom of speech is considered a sacred right. It's enshrined in the First Amendment to the Constitution, as well as the Universal Declaration of Human Rights (drafted in part by Eleanor Roosevelt), and seen as integral to progress and the political process.

Perhaps more than anything, Americans value it for upholding the ability to criticize the government with impunity. Addressing the United Nations General Assembly in 2012, President Obama stated:

As president of our country, and commander-in-chief of our military, I accept that people are going to call me awful things every day, and I will always defend their right to do so.

Correspondingly, the US government frequently condemns countries that suppress free speech and those that violate human rights generally.

China's increasing restrictions on freedom of expression and assembly -- including their visa restrictions on American journalists -- are not only wrong, they are short-sighted.

This type of criticism, however, doesn't seem to apply to Saudi Arabia, which has long been a US ally, revealing a hypocritical double standard that typifies American foreign policy.

In Saudi Arabia, criticizing the government could result in execution. Such is the case with a 21-year-old named Ali Mohammed al-Nimr, who was arrested in 2012 at the age of 17 for crimes he allegedly committed while protesting during the Arab Spring.

Ali was reportedly forced to sign a confession after being tortured. He's now been sentenced to death and may be executed by beheading and crucifixion, which involves the decapitated body being placed on public display as a warning to others.

This has sparked international outrage and condemnation.

If you haven't used up all your heroism on the clock kid, try hashtagging #AliMohammedAlNimr http://t.co/yVRNgkNdNz — Bill Maher (@billmaher) September 19, 2015

The exact method of execution has not been determined, but the fact beheading and crucifixion are even a possibility, particularly for an individual arrested as a minor, is simply appalling.

Saudi Arabia remains defiant in the face of this onslaught of criticism.

Meanwhile, the US government has said nothing.

Saudi Arabia is one of the world's top five executioners and has already executed 135 people this year. But America remains silent, effectually condoning one of the most brutal and barbaric regimes in the world.

In fact, when Saudi Arabia was recently appointed to lead an important UN Human Rights Council panel, the US welcomed the decision.

This is nothing new. The United States has made a habit of cherry-picking whom it criticizes for human rights violations, and these critiques typically fall upon nations that don't support US interests (China, Russia, Iran, etc.). As a senior US official specializing in Africa told the Washington Post back in 2013:

Saudi Arabia, for example, is a major producer of oil, which, among other reasons, is why the US government refrains from condemning its barbaric and medieval legal system. As the Atlantic puts it:

Despite Riyadh's repulsive human rights record, unproductive role in regional security, and American advances in shale oil production, the United States needs Saudi Arabia more than ever... Saudi Arabia is an absolute monarchy in which no opposition to the ruling family is tolerated. Those brave enough to call for religious pluralism are subject to lengthy prison sentences or state-sponsored violence. So why does the US put up with Saudi Arabia? The simplest explanation, of course, is oil. The kingdom is the largest and most important producer in the Organization of Petroleum Exporting Countries (OPEC), the bloc that controls around 40 percent of the world's oil.

With that said, it would also be somewhat hypocritical for the US, also one of the world's top five executioners, to criticize another country for exercising the death penalty. But one could say this is yet another reason America should abolish capital punishment: to not be in the same company as a country that publicly beheads people.

In spite of how it presents itself, the US is hardly infallible when it comes to human rights. Between its inherently discriminatory and broken criminal justice system, the torture it conducted post-9/11 and its continued use of drone strikes, the US isn't the beacon of justice it often purports itself to be.

This does not mean, however, there isn't value in the US speaking out against human rights violations committed by other countries. Unfortunately, the government erodes its authority to do so when it is blatantly selective about whom it criticizes in this regard.

The Saudi Arabian regime is habitually repressive and in remaining silent about this, the US contradicts its fundamental values while undermining its ability to be a voice of reason in the international arena.

In many ways, Saudi Arabia is no different from ISIS, particularly given they share an affinity for chopping people's heads off. On that note, it's significant much of ISIS's early funding came from wealthy donors in Saudi Arabia. (Side note: 15 of the 19 hijackers on 9/11 were Saudi).

In spite of all this, the US is happy to maintain a public alliance with it, undermining all it claims to stand for in the process.

America's refusal to condemn Saudi Arabia for its numerous crimes against humanity is egregious and a powerful reminder of its contradictory and inadequate stance on human rights.