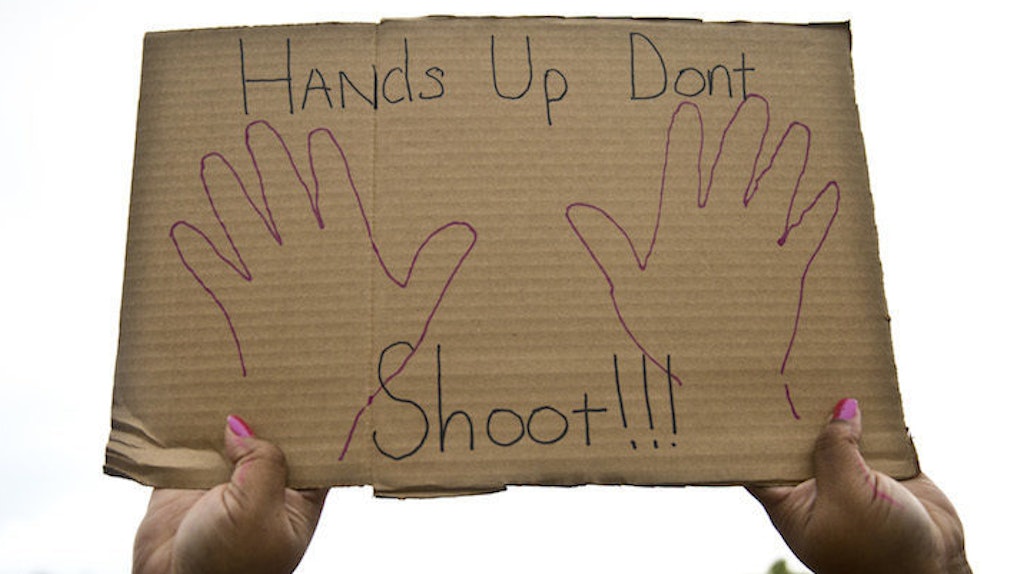 To say the United States has a problem with police brutality, especially when it comes to black men, is an understatement.

We all know who Freddie Gray is; we know who Michael Brown and Eric Garner are -- or, should I say, who they were?

All three men were killed by police officers; all three were unarmed.

Recently, the UN has come out against the United States' police brutality pattern, stating:

In plain speech, one could say police officers in America have a nasty habit of racial profiling, using lethal force when less violent options could be implemented and sweeping it under the rug.

These officers are getting off with paid leave and no jail time.

And, it's about time somebody said something.

American citizens have been taking to the streets for months now, protesting the deaths of their loved ones, their community members, their fallen sons.

There have been marches across the country; one passed by my apartment window just the other day.

People holding signs and chanting flooded the area in front of the bus terminal, as they exercised their right to a sit-in, even blocking the street for a time. Police looked on, seemingly uninterested.

And, that's the problem, isn't it?

The police, the people we've paid with our tax dollars to serve us, protect us and promote the general welfare of our neighborhoods, don't seem to care their comrades and coworkers have been killing those they have sworn to protect.

If anything, the police have rallied around these officers, defending their right to kill unarmed citizens.

Recently, the Baltimore Police Department tried to start a GoFundMe campaign for the six officers responsible for Freddie Gray's death, comparing protestors to a "lynch mob."

Is it unfair or unjust for the UN to speak out against such actions?

Absolutely not. A global organization devoted to the causes of peace, security, human rights and disarmament has every right to a voice in this debate. And, its argument is sound.

How can there be peace if black men, women and children can be beaten, shot and killed in the streets without repercussions? How can our nation be secure if 13.2 percent of its population lives in fear for their lives?

How can we claim to value human rights if the very text of our Declaration of Independence promotes that our primary unalienable right is life, yet we watch as it is snuffed out, month after month?

How can the police and government call for fewer weapons on the streets when those very weapons are turned against the men and women who walk those streets, simply trying to live their lives?

It all reeks of hypocrisy.

If the United States wishes to join in the discussion of a better world with its 192 brothers in the United Nations, perhaps, it should review the aims of the organization.

This year marks the 70th anniversary of the UN; what better time to review and renew the virtues upon which it was established?

As the saying goes, you must practice what you preach, and this holds true at all levels.

This is the message the United Nations has passed down to us, and only we, as a united nation, can choose how to respond.

My hope is we open our ears and minds enough to truly listen.