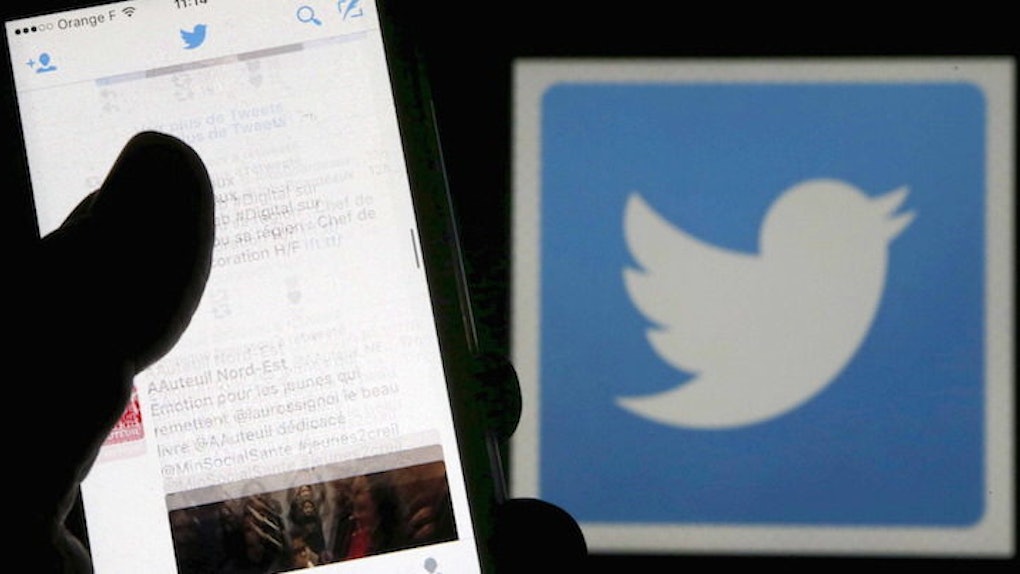 Twitter Keeps Giving Us New Features, But All Women Want Is Security

On Wednesday, Twitter announced some updates that are pretty cool for users. User handles in replies, photos, GIFs and videos will no longer count toward the 140-character tweet limit.

Now, you have more space to add analysis to an article link, for instance. Or, you could use that extra space to fit in a few more synonyms for "whore."

A total of 200,000 abusive tweets using the terms "slut" and "whore" were sent during a three-week period in late April and early May, according to a new report from Demos.

Each of these tweets was mean-spirited in nature. Demos actually used a processing program to automatically filter out abuse from other uses of the terms.

The current system Twitter uses to get rid of abusive users is ridiculous. Attacked users have to individually report an account, and then Twitter does some weird magic to determine if that person is actually abusive. Typically, Twitter says he or she is not.

It's clear preventing serious abuse and harassment is not a priority for Twitter.

Julieanne Smolinski, who has over 170,000 Twitter followers, temporarily stopped using Twitter in March because of the abuse she was facing. The final straw for her was Twitter responding to a report of abuse by saying it wasn't a violation of its terms of service. In an article for New York magazine, Smolinksi wrote,

The last time I reported an account to Twitter for aggressive harassment and bad jokes, I was told it wasn't in violation of Twitter's terms of service. OK, fine. Then if that's not a violation in this space, I'm not sure I want to be in it.

The abuse of women on Twitter has been covered extensively. We know it's a real thing, and it needs to be solved if women are ever going to feel safe on the Internet, which, for many of us, is part of our jobs.

Users, including prominent ones like Smolinski, have continually asked Twitter to help stop the barrage of abuse that women get on the site. Instead, we just get new features. A Reductress headline summed it up nicely:

It's not just a Twitter problem. Most online communities can be abusive and dangerous for women.

Even new ones, like virtual reality, already present threats to female users. In an article for Mic on Thursday, Taylor Lorenz wrote sexual harassment in virtual reality comes from the users, not the platform itself.

Which makes sense -- of course, Twitter itself isn't threatening and abusing women through tweets. But it is up to these platforms to figure out how to make them, at the very least, habitable for all people.

If an outside company can figure out how to automatically find abusive tweets, Twitter really should not have a problem doing the same and using that method to get rid of the abuse.

Citations: Every 10 seconds, someone on Twitter calls a woman a 'slut' or 'whore' (The Washington Post), The New York Times, New York magazine, Reductress, The Atlantic