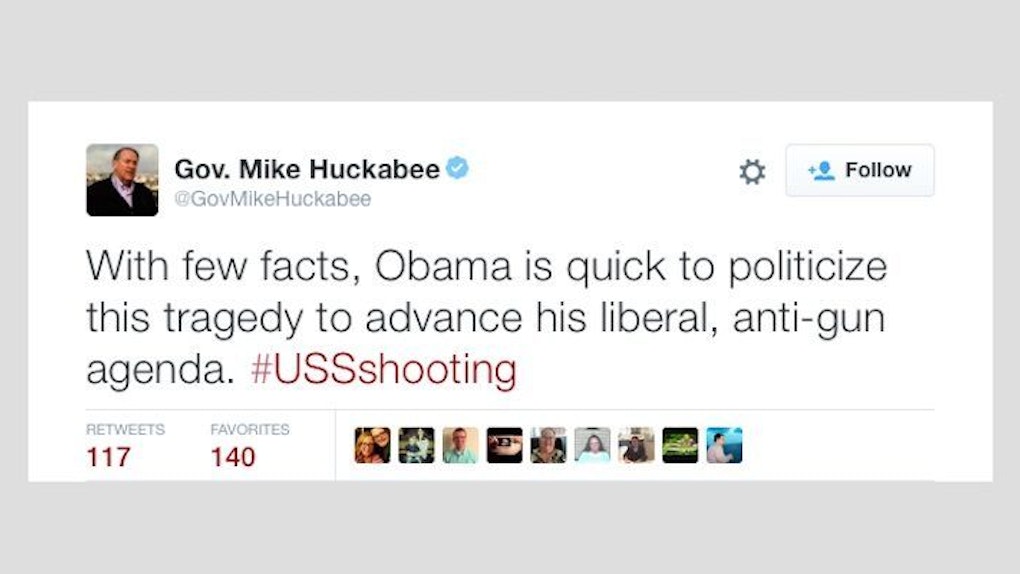 Since President Obama's push for tighter legislation failed to pass after the Sandy Hook shooting, many in the public -- and seemingly Obama himself -- feel as if laws will never change to help prevent horrific mass shootings.

In a statement on the shooting, Obama called, once again, for legal changes to restrict guns.

He also predicted backlash to his request for changed gun control laws, saying,

What’s also routine is that somebody, somewhere will comment and say, 'Obama politicized this issue.' Well, this is something we should politicize. It is relevant to our common life together, to the body politic.

And sure enough, right on cue...

Despite the political back-and-forth, people have been tweeting if they are killed in a mass shooting, they want their deaths to be politicized to prevent future tragedies.

The message is a sign of the exasperation many of us across the United States are feeling the face of yet another devastating attack.