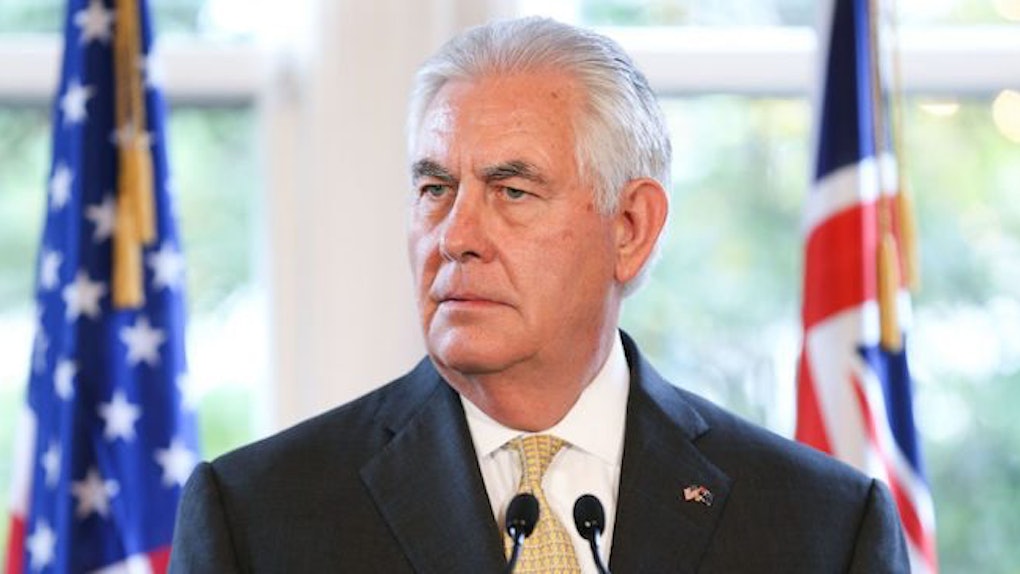 It must be tough flying around the world to represent President Donald Trump, who's struggled in the area of diplomacy -- especially since he withdrew the U.S. from the Paris climate accord.

Secretary of State Rex Tillerson learned this the hard way when he visited New Zealand on Tuesday.

According to NBC's Andrea Mitchell, Tillerson's motorcade was met with a "display of middle fingers" and "people signaling thumbs down" over the Paris agreement as he arrived in Wellington.

I've been in motorcades for a couple of years now... I've never seen so many people flip the bird at an American motorcade as I saw today.

It seems pretty much everyone noticed, including U.S. protection officers traveling with Tillerson who reportedly laughed about the not-so-warm welcome he received.

People are clearly very angry with the Trump administration over the president's decision to withdraw from the Paris climate treaty, a landmark global deal to combat climate.

President Trump was condemned across the world for making this decision, especially given the U.S. is now the only nation other than Syria and Nicaragua who will not participate in the climate deal.

The outrage is particularly apparent in New Zealand.

In addition to being greeted with a collage of middle fingers, hundreds of protesters gathered outside of New Zealand's parliament for Tillerson's arrival to give him a piece of their mind on Trump's refusal to address climate change.

Condoms filled with water were hurled at an effigy of Trump, and Greenpeace New Zealand referred to Tillerson as "Trump's henchman."

Even New Zealand Prime Minister Bill English made it fairly obvious how he feels about Trump (hint: he's not a fan).

During a press conference, he said,

New Zealanders have for a long time not liked various presidents of the US and disagreed with their views about our anti-nuke policies for 30 years – but that doesn't prevent us confirming our shared values and cooperating with them on security and defense.

New Zealand might be a small country, but that clearly doesn't mean it's a silent one.