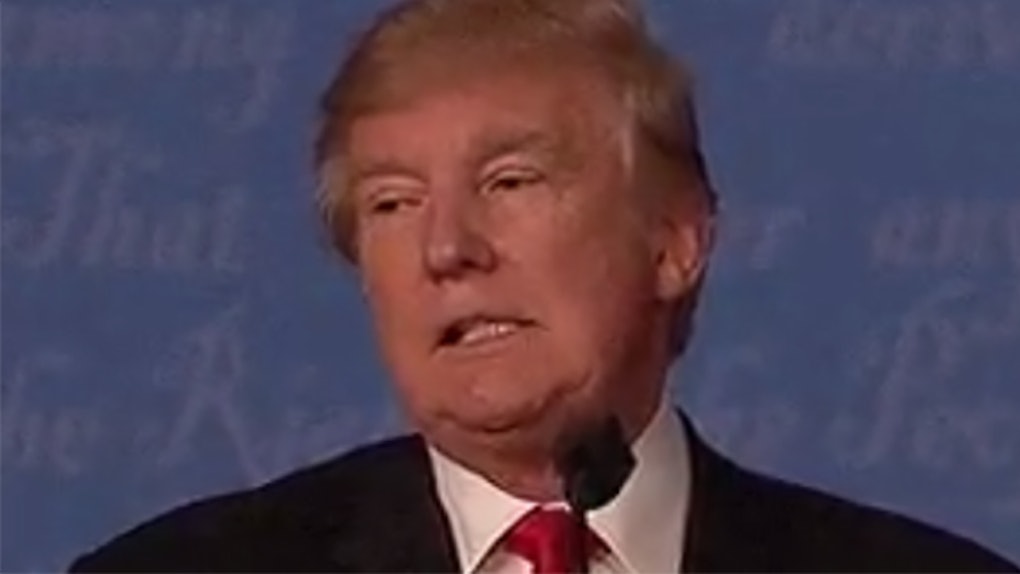 For all we know, Donald Trump could be as cool as a cucumber on the inside. But you wouldn't have guessed that based on his recent behavior.

On the outside, the GOP nominee looks like he's mad... like, really mad. And a bit annoyed, too.

Perhaps nothing illustrates that better than his apparent failure to hide his frustration after the debate.

Before walking off the stage from his podium, Trump could be seen tearing a page from his notes and gritting his teeth.

Now, I'm no Miss Cleo (RIP), but I think I can take a wild guess and say Trump was just a little unsatisfied with the way the debate ended. Meanwhile, your girl Hillary was walking off the stage unbothered, gleefully going to shake Chris Wallace's hand.

I'm also going to take ANOTHER wild guess and say this might be fodder for those who love, love, love talking about how Donald Trump doesn't have the temperament to be president.

Check that. It definitely IS fodder for those guys.

If we're really being honest, though, my man Trump definitely has a reason to be tight right now. I don't mean to get technical, but have any of you seen the electoral map lately?

Um, this is not good for Trump. There's a big block of red in (literally) middle America, sure. But it still doesn't have him anywhere near the 270 electoral votes he needs to win the White House.

By the way, if you really want to take this to social studies class, I can keep it real with you: This map is so bad, stuff that's not supposed to be happening is happening.

Those two blocks of yellow on the left of that map?

Yeah, that's Arizona and Utah. They're not even supposed to be realistic possibilities for Democrats... ever. And here's Michelle Obama, walking out in Phoenix to a queen's welcome because, well, Arizona is a realistic option now.

And Georgia? Bruh, Georgia is never supposed to be a light shade of red. But it is, and now, Atlanta's top newspaper has a poll showing Clinton and Trump in a virtual tie.

OK, OK. I'll stop nerding out. But make no mistake about it: If you were Trump right now, you'd probably be throwing temper tantrums, too.