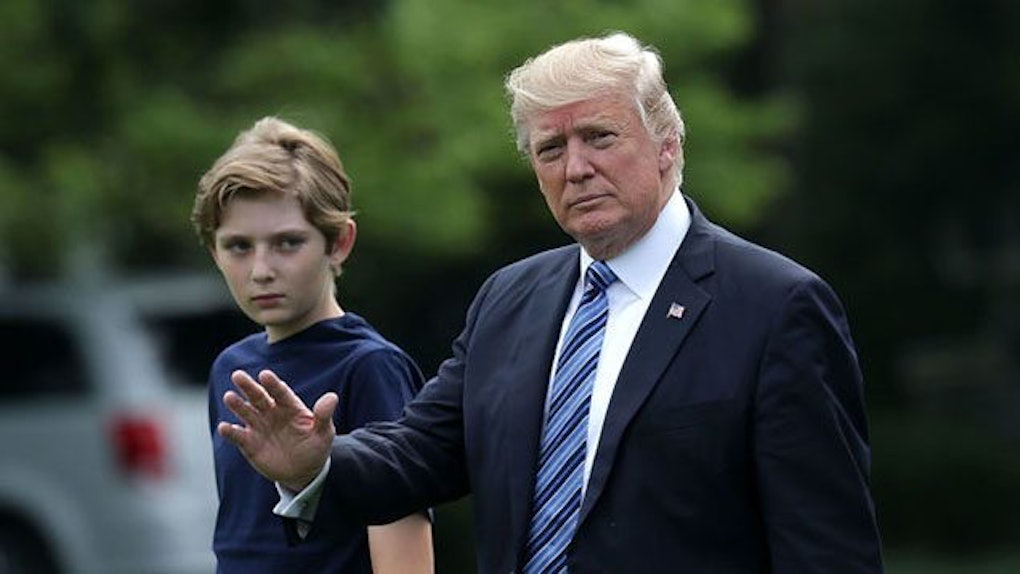 Another round of morning tweets from President Donald Trump prompted some head scratching on Tuesday, July 25. After criticizing Attorney General Jeff Sessions, the first high-profile politician to support his campaign, Trump moved on to discussing Jared Kushner's press conference on Monday concerning contacts with Russians. In the process, he brought up his son, 11-year-old Barron Trump, and Twitter's confused.

Here's what the president had to say:

Then, the inevitable happened.

A wave of commenters brought up a question in response: Isn't Barron Trump supposed to be kept out of the political conversation? Meanwhile, others went as far to say the president was "dragging" his son into matters.

It's obvious why this type of reaction was common on Tuesday morning.

It was only last month that the White House asked for Barron Trump's privacy to be respected in a statement. That statement read,

It is a longstanding tradition that the children of Presidents are afforded the opportunity to grow up outside of the political spotlight. The White House fully expects this tradition to continue. We appreciate your cooperation in this matter.

One could easily argue that Trump's tweets pushed his youngest son into the "political spotlight" the White House statement referenced.

It's also obvious what point Trump was trying to get across: the interest in the subject of Russian collusion, between all the news stories and investigations by political bodies, is such a ridiculous wild goose chase that his child will be suspected next.

Merits of the argument aside, the question of what the president was trying to say isn't exactly rocket science. And some Trump supporters very clearly agreed with the president's point of view.

Still, there were some who appeared utterly confused by the president's tweet.

So, to recap: President Trump woke up, started tweeting things you never thought you'd see from a president, and drew criticism for it.

In other words, it's a normal day.