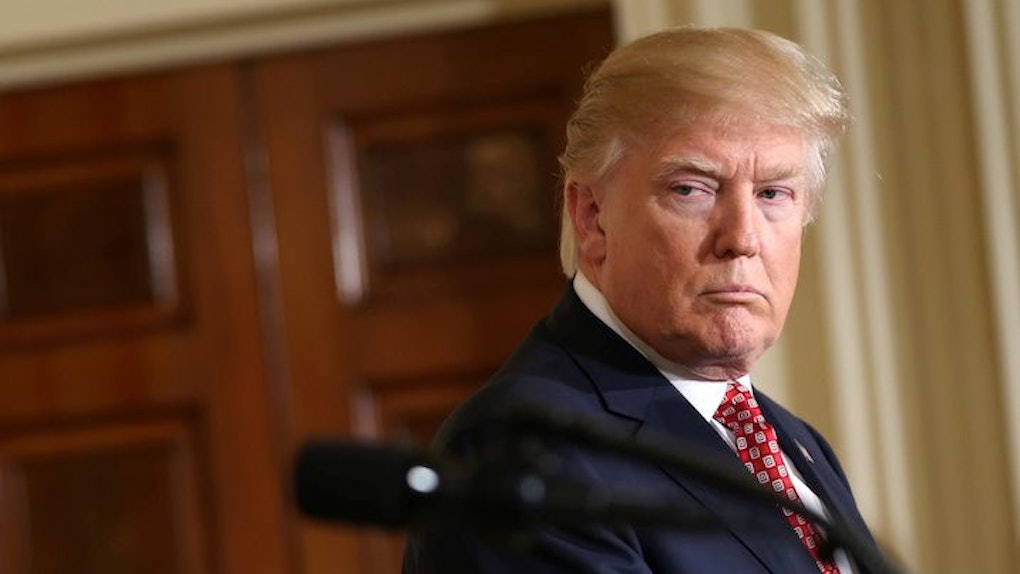 President Donald Trump has a new nickname, and it's pretty safe to say he will not be a fan of it.

Political nerds and Twitter users are likely aware the President of the United States is often referred to as POTUS because, well, there's something oddly satisfying about acronyms.

Someone decided a more appropriate name or acronym for Trump is SCROTUS, which stands for "So-Called Ruler of the United States."

The name was reportedly originally coined by comedian and writer Elayne Boosler, but it's really started to gain popularity since Trump's tweet about the "so-called judge" who ruled against his controversial travel ban.

It also essentially gives Trump the word "scrotum" for a nickname. So, there's that.

In a way, without getting too graphic, this is an appropriate designation for Trump. He's soft, wrinkly and easily aggravated/very sensitive, after all.

A lot of people are applauding this new nickname.

But others might find this new nickname offensive or inappropriate.

Hopefully, these people found it more offensive when Trump was caught on tape saying he walks up to women and grabs them "by the pussy," aka the recording of him bragging about sexual assault.

Trump is the most unpopular new president in modern US history.

He currently has a 55 percent disapproval rating, according to Gallup.

It's not normal for a president to be so unpopular so early on. Every new president since 1945 started with the majority of Americans approving of them.

This has not been the case for Trump. Trump took just eight days to reach a majority disapproval rating. Comparatively, it took George W. Bush three years to get to that point.

Some already believe Trump's unpopularity is a sign the Republican party, who currently controls Congress, will struggle against Democrats in the 2018 midterms.

So, while some might see "SCROTUS" as an immature joke, it's a reminder of the disarray and discontentment Trump has created since entering the White House.

Citations: Someone invented a new word for Donald Trump and people think it's perfect (Indy100)