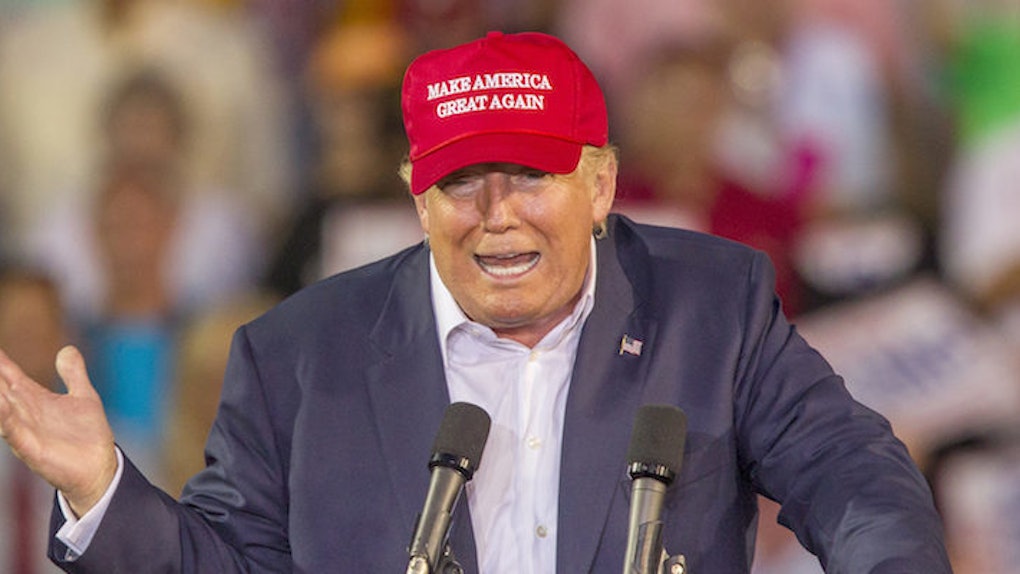 Billion-dollar businessman Donald Trump made a stunning misstep in August when he failed to trademark his "Make America Great Again" slogan.

Trump, presidential candidate and author of "The Art Of The Deal," was swooped on the copyright claim by Bobby Estell, star of the "Bobby Bones Show" on iHeartRadio.

In August, Estell wanted to make some of his own "Make America Great Again" apparel after seeing Trump's now-infamous hat. Once he noticed the copyright claim was up for grabs, he took it.

At the time, Estell told TMZ, via his lawyer, he was willing to give up the copyright if Trump agreed to a face-to-face meeting and gave a $100,000 donation to St. Jude Children's Research Hospital.

Well, lo and behold, on Thursday, Trump announced he had agreed to Estell's terms and ponied up $100,000 to St. Jude's.

No word yet on if the two actually had their meeting, but it still seems like a win-win to us.