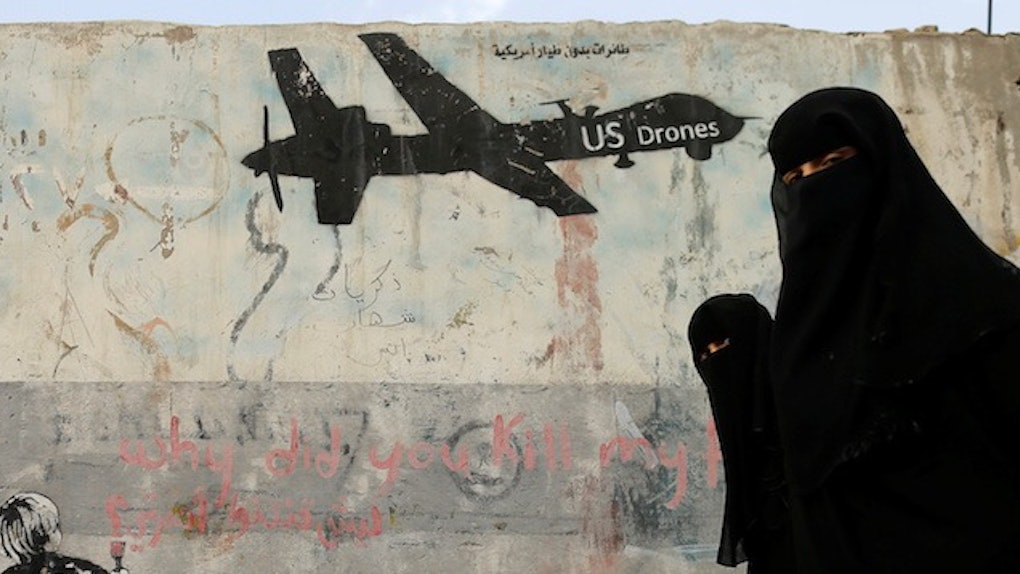 Under Obama, the CIA would use drones and other methods to conduct surveillance and locate targets — then the military (the Pentagon) would conduct the actual strike.

The main concern surrounding this move from Trump is related to the fact the CIA has special, covert authorities, and it is not required to publicly disclose how many civilians die as a consequence of drone strikes.

The Pentagon, however, is required to do this in most cases.

In other words, with this new authority, the CIA could conduct a drone strike that ends up killing a number of civilians, as drone strikes frequently have in the past, but we might never know.

There is a strong case to be made that the public has a right to know what the government is doing in its name abroad — especially if those actions could increase the number enemies for America.

Speaking with Elite Daily, Michael C. Horowitz, associate professor of political science and the associate director of Perry World House at the University of Pennsylvania, elaborated on this,

In general, the US military is more transparent than the intelligence community about the parameters determining the use of force, but that doesn't necessarily mean standards are any lower in the intelligence community. That being said, most analysts tend to think that transparency about the rules of engagement increases confidence that the US government is acting responsibly.

The impact of new drone strike authority for the CIA on terrorism will probably depend more on who is targeted and how, than on the agency conducting the strikes.

Still, others feel this is a big step in the wrong direction, and they've become very disconcerted by Trump's approach to counterterrorism in general.

As Peter W. Singer — a strategist and senior fellow at New America who is widely viewed as one of the world's leading experts on 21st century security issues — put it,

Like so much going on today, it is a step backwards in time. The approval policies that were put in place for drone strikes certainly were not perfect, but they reflected literally years of lessons learned.

Indeed, there were already many concerns over the dubious logic employed surrounding drone strikes, and Trump seems to be ignoring this.

The Obama administration's frequent reliance on the use of drones and drone strikes in counterterrorism operations arguably stands as one of the darkest aspects of the 44th president's legacy.

Drones, or Unmanned Aerial Vehicles (UAVs), have been used to target and kill suspected terrorists since the Bush administration, but their use in this capacity increased exponentially under Obama.

The use of drones and drone strikes by the US is controversial for an array of reasons, but primarily due to the number of civilians killed by strikes, the fact drone strikes have killed American citizens and the lack of transparency surrounding the program.

Many experts have argued the use of drones and drone strikes by the US in the War on Terror has been illegal, ineffective and immoral.

Obama was well aware of the concerns over drones during his presidency, and he promised to work to increase transparency surrounding America's use of drones.

Whether or not he accomplished this is definitely open to question, and the number of civilians killed via drone strikes conducted during his tenure will continue to be a black mark on his time in office.

But, putting the military in charge of drone strikes was part of the Obama administration's efforts to increase transparency and accountability.

"Drones are killing operatives who aspire to attack the United States today or tomorrow. But they are also increasing the likelihood of attacks over the long term, by embittering locals and cultivating a desire for vengeance." - Audrey Cronin, Professor of International Security, School of International Service, American University

Trump, however, seems poised to undo what little progress Obama made in terms of reigning in the use of drones and drone strikes, and this could both increase terrorism, by increasing enmity to the US, and set a very dangerous precedent for other countries developing and using drones — among other issues.