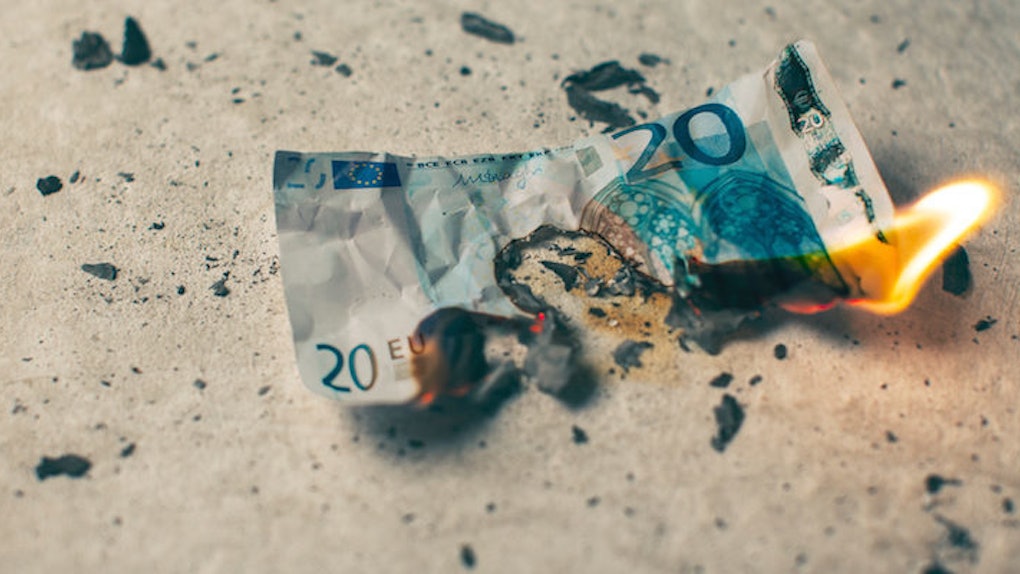 The German Way Or No Way? The Crisis Of The Euro

In the United States, the Occupy movements, composed of a motley crew of unorganized individuals, hijacked the attention of the world.

In Barcelona, where I was studying, the people were also angry, but their feelings manifested in a much different way.

The Spanish newspapers were filled with caricatures of German chancellor Angela Merkel dressed in Nazi uniforms, complete with a Hitler mustache. The Spanish youth protested in front of German banks and vandalized their storefronts during the night.

At that time, Germany was providing bailout upon bailout for struggling fellow Eurozone members in Southern Europe.

In exchange, Germany asked for their compliance in implementing difficult, German-approved austerity measures, forcing these countries to cut back on public spending.

While it is simple (and oftentimes prudent) to have a country cut back on expenditures during tight economic times, the Southern European countries argued that their individual autonomies were being overrun by a country that did not understand their problems.

A former finance minister of Spain stipulated that his country did not need help cutting back on spending (as the ratio of Spanish public expenditure to GDP was equivalent to that of Germany’s), but rather, it needed assistance collecting evaded taxes.

As German culture and Wagner operas flourished through funding sources provided by provinces and cities, Italian opera companies were forced to dramatically cut back because of the lack of funds traditionally provided by their federally-sponsored system.

Looking at this conflict between Germany and their southern neighbors from a psychological approach leads to interesting conclusions.

The Spanish, the Greeks, the Portuguese and the Italians were angry, yet anger is often just a manifestation of hurt, frustration or fear.

In Europe, memories of World War II and the fascist Third Reich are ever-present in the minds of Germany’s neighbors.

They are vivid memories that have since been immortalized in literature such as Elie Wiesel’s "Night."

The fact that Germany was able to peacefully reunite following the fall of the Berlin Wall was something akin to a miracle, as described in USC and Harvard professor Mary Elise Sarotte’s 2009 book, "1989."

There is often a tendency to forget that Germany was not divided solely for Cold War ideological purposes.

Factually speaking, following its surrender in 1945, Germany was occupied by foreign forces because it started a war that tore Europe apart at its seams.

Due to pressing ideological differences between the occupiers, the country was then divided in 1949, and two unique nations were created with the two distinct systems of governance of democracy and socialism.

Prior to German reunification, there was great interest in keeping Germany divided and weak.

In fact, the Prime Minister of the United Kingdom, Margaret Thatcher, actually believed a reunited Germany would undermine the stability of the entire international community.

Now, solely 25 years after the Berlin Wall fell, the countries of Europe somehow found themselves back in a familiar situation, with a strong, united Germany leading the path toward the future.

Interestingly, the Germans do not see it this way. When I was studying in Berlin in 2013, I attended an economics lecture at the Allianz Forum with a large number of VIPs.

They were appalled at the United States speaker’s suggestion that Germany develop a stronger leadership role in the Eurozone.

They argued that the euro belonged to Europe as a whole, and Germany was just enforcing the rules.

When an Italian reporter brought up the valid point that the rules were actually already being made in Germany by Germans, he was immediately dismissed as simply complaining.

Later, one of these VIPs told me, “It’s intolerable, these Southerners; they are so insensitive and make us out to be Nazis.”

I feel as if the euro debates have changed surprisingly little since I traveled to Spain to study economics in 2011. These debates feature diverse voices and opinions among those in the international community.

They are often defined by the United States urging Germany to step up and lead Europe toward economic stability, Southern Europe digging in its heels while believing Germany is asserting too much power, and Germans believing they are not asserting power at all.

Germans believe they are only offering practical suggestions to economically weak countries.

Following this month’s stirring 61.3 percent Greek popular vote to reject an additional European and IMF-sponsored bailout, and the subsequent last-minute negotiations in which Greek leaders accepted additional austerity measures (spawning such sensationalistic Twitter hashtags as #thisisacoup), it is even more clear that the solution to the euro will not be a simple one.

It will involve historical accountability, sensitivity, compromise and a vivid vision for a Europe of the future.

In the meantime, many people in Southern European countries bite their nails anxiously, concerned their needs will be overlooked. Some even worry they will find their countries’ individual autonomies subject to a “Fourth Reich.”