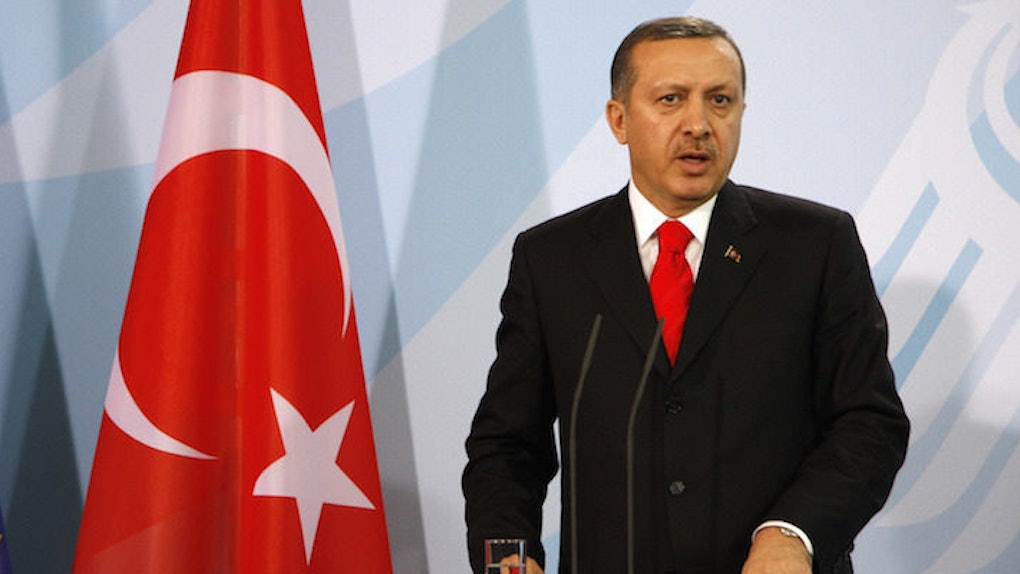 On Saturday, at least 86 people were killed and 186 injured when two bombs went off at a peace rally near the main train station in Ankara, Turkey, The New York Times reports.

Some are reporting the death toll may be as high as 97.

This is reportedly the deadliest terror attack in modern Turkey's history, and it happens to fall just several weeks before important elections. Prime Minister Ahmet Davutoğlu has called for three days of mourning.

The blasts on Saturday occurred as Kurds and leftists gathered together to protest renewed fighting between Turkey and Kurdish militants. Turkey's government and the Kurds have been at odds for decades.

Following the attack, the government shut down Twitter and Facebook in what appears to be an effort to censor media coverage, Independent reports.

Turkey has become increasingly unstable in recent months as it's resumed armed conflict with Kurdish militants, dealt with mass numbers of refugees flowing in and contended with the threat of ISIS.

Correspondingly, in July, a suicide bombing killed 32 Kurdish activists in Suruc in southeastern Turkey. The government blamed ISIS for the attack while the Kurds blamed the government.

The increasingly tumultuous situation in the surrounding region, induced by war in Syria and the rise of ISIS, allowed the Kurds (an ethnic group split across several countries) to gain more influence both in and out of Turkey. This resulted in heightened tensions between the Kurds and the Turkish government. It's a convoluted situation produced by an extremely complex, and often violent, history.

Given everything that's been happening, the Kurds are reportedly blaming the Turkish government for Saturday's attack. Some are even calling for President Recep Tayyip Erdoğan to resign, The Guardian reports.

Thus, it seems this devastating incident may only serve to create further instability in Turkey.