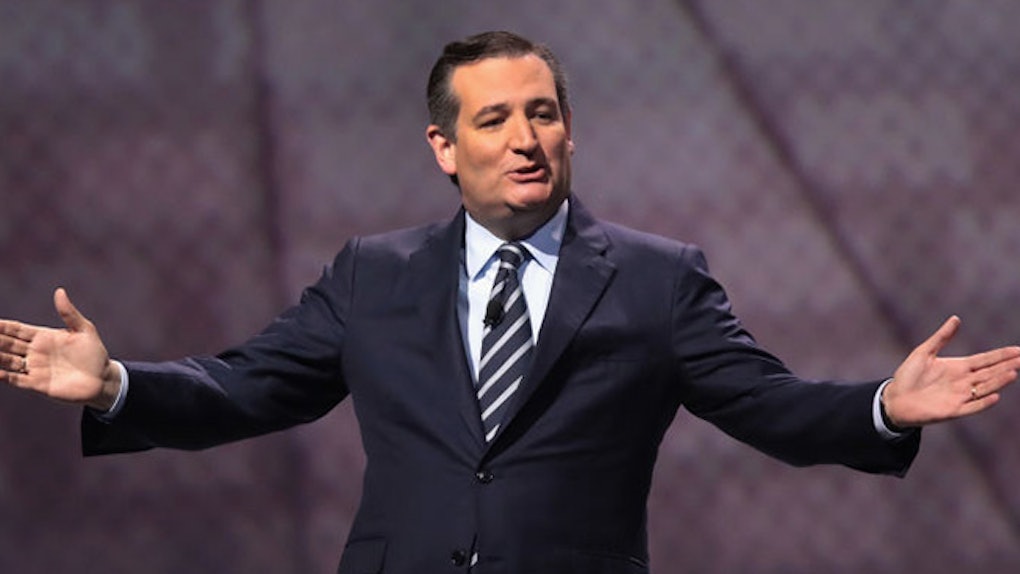 Naturally, the news has been inspiring all types of funny tweets since the screenshot began making the rounds late Monday night, Sept. 11.

Our prayers and thoughts for Ted Cruz this morning. Nothing is too hard for him to beat.

No matter what happened to you this morning, you're having a better day than Ted Cruz.

The former roommate, Craig Mazin -- who's a notable film director in his own right -- wrote on Twitter,

Now imagine Ted Cruz is doing this four feet below you in the bottom bunk bed. Yes, my misery very much appreciates your company.

I never wanted this for any of you. I thought maybe I'd feel better if two or three people knew. Not six billion. That said? I FEEL BETTER.

Here are some of the others:

By the way, today isn't the first time Cruz's old roommate has made such a comment. Last April, when Cruz was still a Republican primary candidate, Mazin tweeted,

Ted Cruz thinks people don't have a right to 'stimulate their genitals'. I was his college roommate. This would be a new belief of his.

By the way, if you're one of the buzzkills questioning why this is news, you must be new here. Rule number one of the internet is very simple: It doesn't matter who you are, if you do something hilarious, the jokes will come for you. For the love of God, we turned Michael Jordan into a meme and every kid born past the new millennium will remember him as "that guy from the crying face." Nobody's safe out here.

Furthermore, I don't make the rules. In fact, I don't even follow all of them. But damn it, this one is a rule that deserves some adherence.

There is no substantive-due-process right to stimulate one's genitals for non-medical purposes unrelated to procreation or outside of an interpersonal relationship.

So yeah, the irony here just adds to the story.

By the way, none of this is to judge Cruz.

I mean, it's hilarious, for sure. But the actual act itself? Meh.