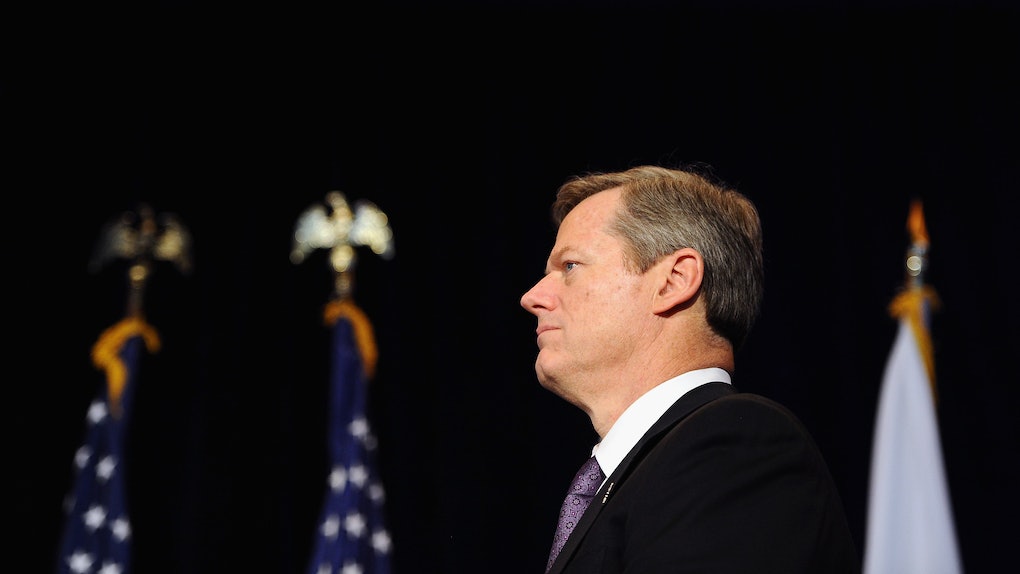 Why Governors Shouldn't Decide Whether Or Not To Accept Refugees

Growing up on the north shore of Boston, I've been aware of my state's political liberalism from a young age.

Massachusetts, the most liberal state in the country (the District of Columbia doesn't count as a state), has "bled blue," all throughout history.

Same-sex marriage is something I grew up with, instead of being a controversial issue like it still is in most states today. From the Kennedy clan to John Kerry, Massachusetts' liberalism has been a core part of the nation's history.

Who knew that the small, ocean-side state, would become known for much more than its cool accents and "wicked" good sports teams?

However, despite all of this, Massachusetts Governor Charlie Baker (R) has released a statement Monday morning, stating that he refuses to accept Syrian refugees into Massachusetts at this time.

Baker is following in the steps of governors in Texas, Alabama, North Carolina, Michigan and many others refusing to take in refugees as a result of this weekend's attacks in Paris.

My first priority is protecting the citizens of the commonwealth.

As a city and as a country it is not our custom to turn our backs on people who are in need and who are innocent. We have yet to receive guidelines from the federal or state government on how they will move forward, however, should we be told that Boston is accepting refugees, we will work with our partners at the federal, state and local levels to ensure the safety of Boston residents.

With more than 2.5 million people in Syria today, the region is struggling to maintain peace, while Islamic State soldiers fight to take over the region city-by-city.

Those who are not directly affected by the bombings are being hurt or even murdered on land through the fighting.

Those who are lucky enough to gain safety from combat zones are living on barely nothing, with medication and other basic needs running out from humanitarian organizations such as the Red Cross.

In early November, 13 Syrian refugees arrived in New Orleans as a result of the efforts of Catholic Charities, which is part of the Archdiocese of New Orleans.

Many Americans were skeptical of this, as some have questioned if terrorists will accidentally slip through.

However, Martin Gutierrez of Catholic Charities, believes they're doing a great thing.

It's a matter of uniting the families, which is something that the church really promotes, obviously. Some of them don't have relatives, and we try to help them become integral parts of our communities.

So, when the most liberal state in one of the most powerful countries in the world comes out and says it will refuse Syrian refugees, what does this mean for the future, or essentially, the world?

On one hand, if America isn't going to come in and help out, who actually will?

After this week's events in Paris, the likeliness of any NATO country to provide aid to Syrian refugees is low.

Should Syrian neighbors, such as Saudi Arabia or The United Arab Emirates, be responsible for this?

It's important to note that the United States governors, legally, have no power to refuse refugees. Baker, and any other governor "refusing" refugees, is really just spouting political rhetoric that holds no real meaning.

Under the Refugee Act of 1980, only the president can take legal action on deciding to accept those fleeing, and Obama has already voiced his distaste for judging refugees based on religious affiliation.

Only time will tell if Obama directly decides to go against these governors' wishes, but until then, we can all just quietly ignore these state leaders.