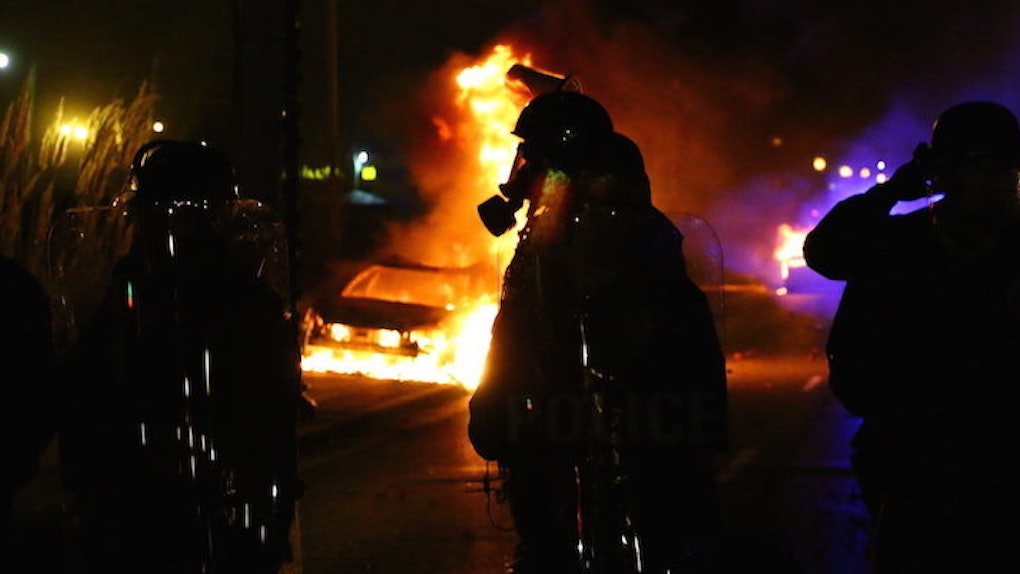 Since October 8, six churches, most of which have predominantly black congregations, near Ferguson, Missouri have been set on fire.

Officials, including the police and the Bureau of Alcohol, Tobacco, Firearms and Explosives (ATF), confirmed each fire was intentionally set.

The fires were all started in the same manner: The churches' doors were sprayed with accelerants and set on fire. Luckily, the fires have, for the most part, not caused a lot of damage in the churches and were started after people left.

David Triggs, the pastor of New Life Missionary Baptist Church, which was set on fire this past weekend, told The Washington Post,

Many people have been criticizing the lack of public and media responses to these attacks, saying it's a result of apathy and racism, especially given the mass coverage of protests in Ferguson.

When are the major outlets going to start talking about the Ferguson area churches that have been burned in this month alone? — whoopsadaisy (@courtsyyy) October 21, 2015

Everyone has a problem with people "rioting" in Ferguson but care nothing about the fact that 5 BLACK churches were burned intentionally. — ebon (@tyriquex) October 20, 2015

The ATF and Crime Stoppers are offering a $2,000 reward for information about the fires, Fox reports.