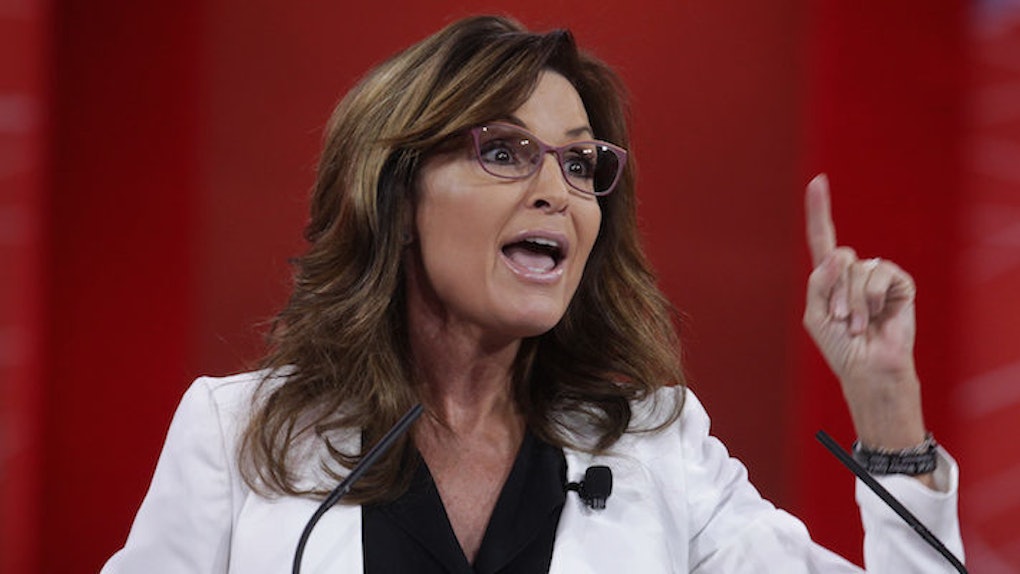 On Tuesday, Sarah Palin announced she's endorsing Donald Trump's presidential campaign. In doing so, she delivered one of the most insane and incomprehensible speeches in recent memory.

Watching or reading the speech in its entirety leaves you feeling confused, amused and terrified.

But even though the speech was completely incoherent, Palin at least deserves some credit for making it entertaining.

I mean, how often is it you hear phrases like "slurping off the gravy train," or "you rock 'n' rollers and holy rollers," or "No more pussyfooting around"?

And when was the last time you heard rhymes like, "Right-wingin', bitter-clingin', proud clingers of our guns" or, even better, "So no, we're not going to chill. In fact, it's time to drill, baby, drill down..."?

Palin basically just dropped the hottest political mixtape of 2016, and Twitter users were all about it (sort of).

Here are the 12 best tweets about Palin's unforgettable endorsement of Trump.

Palin is a reminder there's a higher power.

Sometimes the best response is no response.

The glass is half full.

It's great when friends have a lot in common.

You gotta love it.

She was speaking "American."

why is anyone still talking about sarah palin — Jared Keller (@jaredbkeller) January 20, 2016

"[Mrs. Palin], what you just said is one of the most insanely idiotic things I have ever heard."

.@Deanofcomedy This is the most balanced and straightforward analysis of Sarah Palin's speech. https://t.co/E9EdC8crCY — Robin Messing (@RobinSMessing) January 20, 2016