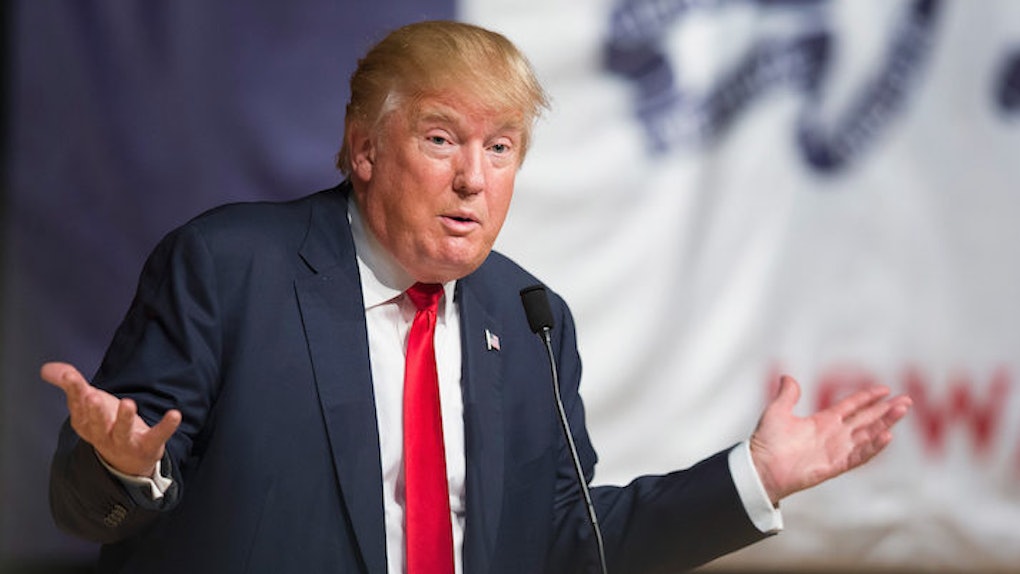 My mom always told me life is easier if you can learn to see the humor in everything.

However, I think selecting the next president of the United States is something that should be taken seriously.

This is why you'll find me glued to the TV during debates, hanging on the words of every candidate.

But last night watching the fourth Republican debate in Milwaukee, I found myself laughing out loud at some of the things being said.

Had I finally learned, as my mom always urged, to see the humor in everything? Or were the candidate's beliefs really that bad that they had become laughable?

I'm not sure, but either way the evening had some humorous moments, like Marco Rubio calling Russian President Putin a "gangster," or Ben Carson saying the way to fight ISIS is to make them look like "losers."

If those lines weren't enough to make you chuckle, keep reading.

The following are the top five things that were said during last night's debate that were so bad, they were laughable.

"Why does she keep interrupting everybody?" - Donald Trump

If you thought Trump could get through one debate without making a gaffe, guess again.

This was directed at Carly Fiorina, the only female candidate on the stage.

As the boos in the crowd and ensuing Twitter furor pointed out, maybe Trump didn't realize that's what candidates do at debates: interject their opinions.

After all, the men on the stage had been doing it all night long, and Trump didn't protest it then.

It looks like Trump thinks butting in and voicing an opinion is only okay when the men do it.

This was Senator Rand Paul's dazzling -- and totally "factual"-- response to why CEOs are making 300 times the salary of their employees.

Paul's laughable defense was to blame the Democrats. But as CNN Politics points out, income inequality cannot always be correlated to political leadership, because leadership shifts back and forth between parties.

Compare his answer about income inequality to Bernie Sanders' and Hillary Clinton's responses on the same topic, and the tone could not be more different.

Our great country and our gov’t belongs to all of us and not just a handful of billionaires. #BernieInVegas pic.twitter.com/Q5I0hdO4bo — Bernie Sanders (@BernieSanders) November 9, 2015

Next time, Paul should try to meaningfully answer the question the way his opponents have, rather than resorting to the age old blame game.

"Well, first Obamacare has to be repealed because it’s failing, it’s failing the very people it was intended to help, but, also, it is croney-capitalism at its worst." - Carly Fiorina

I immediately laughed at this one.

The Affordable Care Act is not helping anyone? Tell that to the nearly 18 million Americans who are now insured because of it.

In fact, according to PBS Newshour, in the two years it’s been in effect, the number of people without health insurance has reached a historic low.

Fiorina also had a moment where she was asked to respond to the accusation that Democrats were better at adding jobs than Republicans.

She spent the next five minutes talking, but never really answered the question.

"People need to be educated on the minimum wage. Every time we raise the minimum wage, the number of jobless people increases. You know, that — and that’s because of those high wages. If you lower those wages, that comes down." - Ben Carson

I could start to refute Ben Carson's point, but the United States Department of Labor does it much better with its Minimum Wage Mythbusters Fact Sheet.

I could even cite the Economic Policy Institute, which shows a figure depicting the decline in the (inflation-adjusted) value of the minimum wage since 1968.

Had the federal minimum wage kept pace with productivity, the Economic Policy Institute says, it would be over $18 today.

So not only was Carson wrong, but his elitist comment about climbing the ladder of opportunity echoed Trump's on the same topic, when Trump said Americans should just work harder to get into the "higher stratum."

In reality, they should view higher paying minimum wage jobs as a humane stepping stone in people's struggle to obtain that higher stratum life they talk about.

"And in Dodd-Frank, you have actually codified too big to fail. We have actually created a category of systemically important institutions, and these banks go around bragging about it... This is an outrage. We need to repeal Dodd-Frank as soon as possible." - Marco Rubio

Ah, the continuous attack on Dodd-Frank.

If you are unfamiliar with the Dodd-Frank Wall Street Reform and Consumer Protection Act, let me elaborate.

According to the White House, 2008 saw a financial crisis that left millions unemployed and resulted in trillions in lost wealth.

The 2010 Dodd-Frank law that resulted was meant to reform Wall Street and ensure a recession like that never happened again.

In the future, under the bill, taxpayers would not bail out major financial banks that were failing after engaging in high risk trading with tax payer money.

Sounds like a good law, right? Marco Rubio would repeal it.

So would Carly Fiorina, who described it as a way socialism starts.

Given the tone of the debate, about keeping the minimum wage stagnate and blaming income inequality on the other political party, I can't say I was surprised at any of these responses from the Republican candidates.

Only a little sad and angered, and yes, amused.