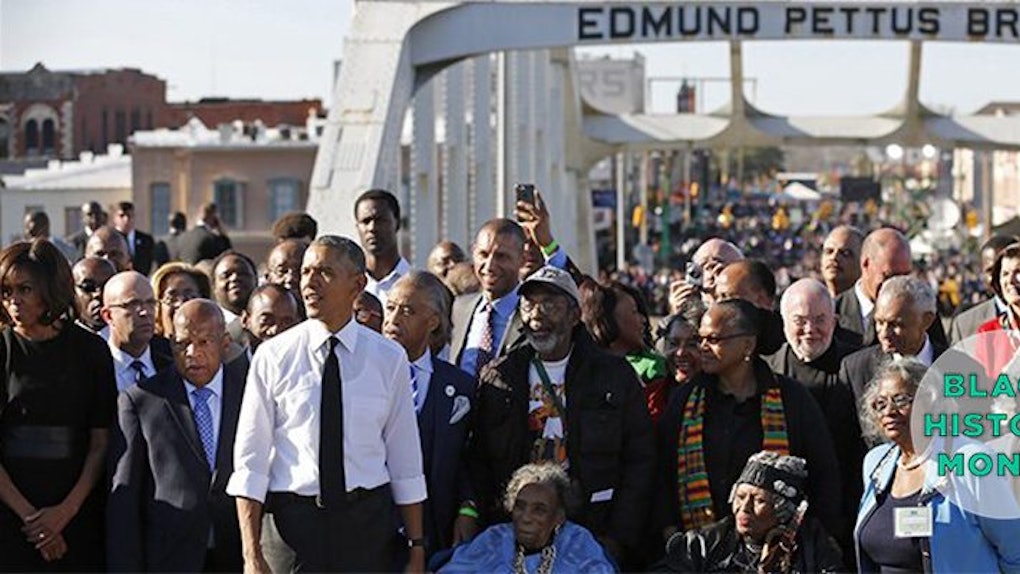 You Don't Know Racism Exists Because You Don't Want To

When you think about black history, it's easy to point out the most important names that come to mind.

Martin Luther King, Rosa Parks and Frederick Douglass line the pages of almost every child's history book. The reason you know them is because these people are remembered for helping to spark progress for black people amid racism.

But I'd argue what's even more important to remember is black history is all about a constant swing between progression and regression.

It's about a Civil Rights Act being passed in 1875 that banned discrimination. Then, that act got struck down by the Supreme Court eight years later, giving way to segregation.

It's about the success of the Civil Rights Era in the '60s, and the wave of mass incarceration that began during the next decade.

It's also about a black president winning a second term in 2012, and the Supreme Court striking down the law that protected the black voters who helped the president get re-elected.

And here's the thing about that last point: The regression is still going on today.

In other words, racism is still an actual, powerful force in today's society.

Many people deny that fact, and to be honest, I can see why.

When we learn in school about all the terrible things that used to happen to black people, it's almost unfathomable to think the same things could still be happening today.

This is especially true if racism is thought of as something that only shows itself in the exact ways it was illustrated in history books.

After all, there's no slavery, there are no lynchings and anyone can sit where he or she wants to on a bus.

Even our former president referred to racism as something of the past that has residual effects today during his farewell address, when he said, "The effects of slavery and Jim Crow didn't suddenly vanish in the '60s.”

To put it simply, it can be overwhelming to confront and even believe America's long history with slavery, segregation and racism.

That being said, in 2017, with so much easily accessible information at our fingertips, there isn't really an excuse for not knowing how much of a factor racism is in many people's lives today.

There's no reason, for example, that a politician should need someone to explain to him live on CNN why courts are deeming certain voter laws to be racist.

There's no reason why it should be hard to figure out why black people's desire to build wealth is complicated if you hear stories about banks taking advantage of minorities.

There's no reason why, after an event like the Flint water crisis, it should be difficult to grasp the idea that certain atrocities are only allowed to happen where black people live.

There's no reason why, at a time when government agencies investigate police departments and publicly report what they find, minorities are harassed in ways that directly helps others profit.

If any naysayer (and there are many, both black and white) genuinely wants to figure out whether racism still exists in alarming ways, the answer is literally an objective Google search away.

Finding out if racism exists is a Google search away.

And while the results of those searches are hard to imagine, they speak for themselves.

Just because you keep your eyes from seeing, doesn't mean there's an excuse for not believing.