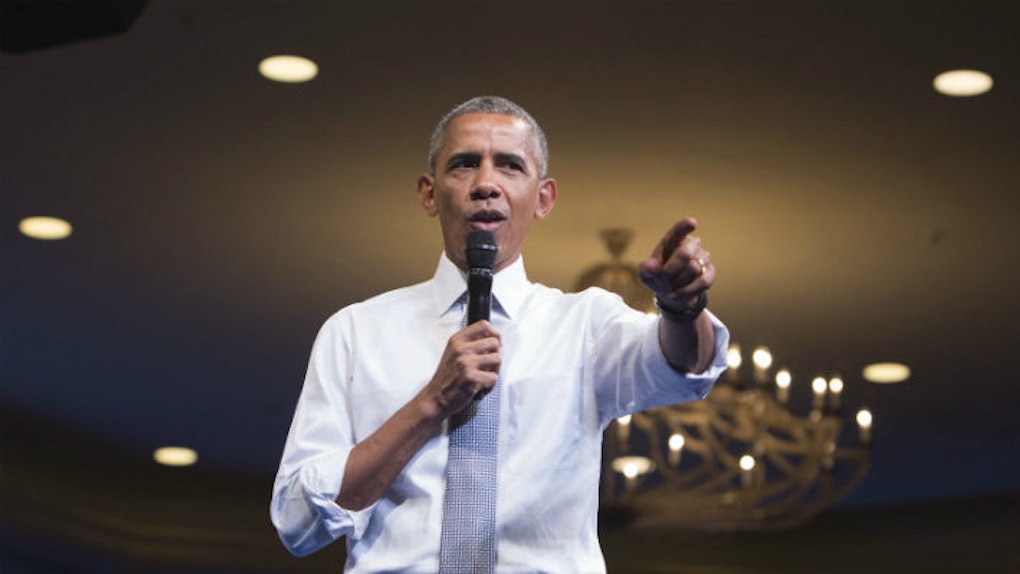 Obama Nominates First Muslim To Be A Federal Judge

As of Tuesday, history has been made -- President Barack Obama has nominated the first Muslim person to be a federal judge.

While it is unlikely that Abid Qureshi will actually become a member of the US District Court for the District of Columbia, his nomination is truly is unprecedented.

Senate Republicans are expected to veto Qureshi as a federal judge, as they have stopped confirming all of President Obama's judicial picks.

In a statement, Obama said,

I am pleased to nominate Mr. Qureshi to serve on the United States District Court bench. I am confident he will serve the American people with integrity and a steadfast commitment to justice.

Regardless of the Senate Republicans' probable vote against Qureshi, who is a current partner in the Washington D.C. office of Latham & Watkins LLP, this is an incredible time.

It is especially so considering that the Republican nominee for president is Donald Trump, who has stated that he would ban Muslims from entering the United States of America were he to be elected.

Trump has even gone so far as to say that a Muslim federal judge wouldn't treat him fairly.

In the same vein, Trump has also said a Latino federal judge wouldn't treat him fairly due to his promise to make Mexico pay for a wall along the US-Mexico border.

But Muslim advocates see this nomination as a victory and so should those Americans who may feel politically or judicially marginalized.

I commend President Obama for taking this important step in continuing to pick the best and brightest from every community to serve as part of our nation's judiciary. A judiciary that reflects the rich diversity of our nation helps ensure the fair and just administration of the law, and it is vital for American Muslims to be included. Mr. Qureshi's profound commitment to the rule of law and justice for people of all backgrounds makes him an exceptional nominee.

Despite what stands against his nomination, Qureshi could stand a chance moving forward during the "lame duck" Congress, or, should Hillary Clinton win in November, she could renominate Qureshi in 2017.