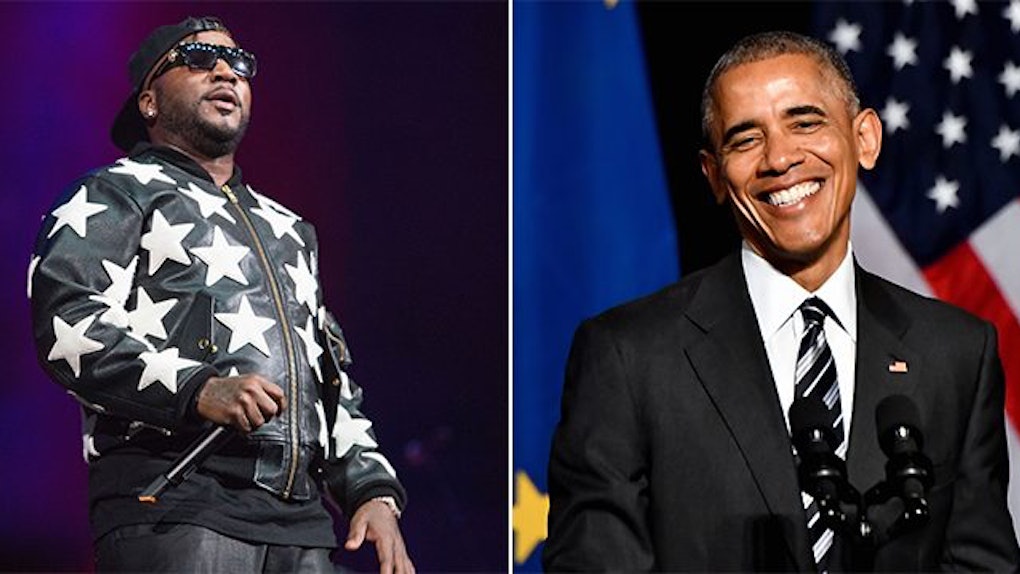 If the first thing you did when you woke up this morning was check Twitter, you probably saw the words "My President Is Black" trending and it's pretty obvious why.

Thursday is Barack Obama's last day as President of the United States, of course. And for many people, that means it's the last day they can take pride in saying those words: #MyPresidentIsBlack.

And the hashtag was filled with mourners.

Now, if you have an amazing commitment to being lame AF and assuming things about subjects you literally know nothing about, the hashtag might have rubbed you the wrong way, like this lady.

But, those Twitter users who have any idea whatsoever who Young Jeezy is should know what this is all about.

Sure, people who thought they'd never see a black president in a country that has oppressed black people from its inception will regard being able to say "My President Is Black" as a privilege.

But it was Jeezy who first popularized that sentenced as a refrain.

So, if you know the words "My President is Black," you probably know your Lambo's blue.

And if you know your Lambo's blue, you'll probably remember how when Young Jeezy released "My President is Black" back in '08, it felt like the official anthem for Barack Obama's historic win.

Now, I will admit, you won't be seeing me retweet any of those memes.

For one, some of them feel a little over-the-top.

Also, I'm of the belief that a love fest with President Obama, or any politician for that matter, can blind us from considering his serious faults.

That being said, it's pretty clear why those four words mean so much to so many, right?

If our country didn't have such an embarrassing record of disenfranchising black people at voting booths, in the criminal justice systems, in the housing industry, in higher education and in hiring (for starters), the words "my president is black" probably wouldn't be so hard to believe.

But that's just a hunch.