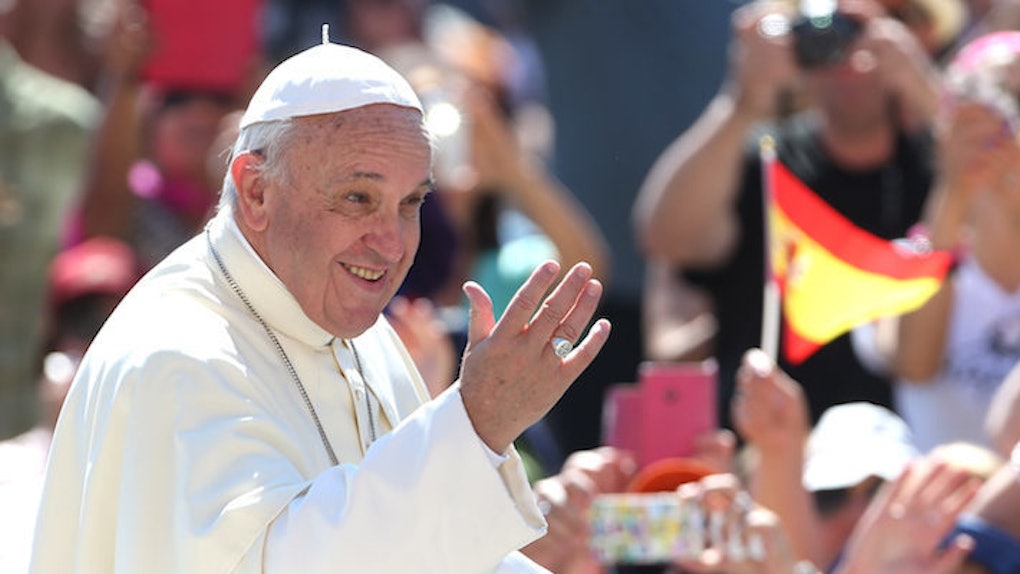 When news broke Pope Francis met with Kim Davis, many in the LGBTQ+ community, among others, were understandably upset. It seemed to signify he endorsed her fervent anti-gay marriage stance.

On Friday, however, the Vatican released a statement the pope's meeting with Davis was just a greeting and did not indicate he supports her.

And now, CNN reports the day before the pope ran into Davis (September 23), he had a private meeting with Yayo Grassi and his partner, Iwan Bagus, at the Vatican Embassy in Washington, DC.

Grassi is an old friend of the pope's from Argentina who's been in a same-sex relationship with Bagus for the past 19 years.

According to what Grassi told CNN, the pope called him three weeks prior to his arrival in the US and told him he'd like to "give [him] a hug."

Grassi, who was once a student of Pope Francis, contends the pope knew he was gay for a long time and never judged his same-sex relationship. He said,

He has never been judgmental. He has never said anything negative... Obviously he is the pastor of the church and he has to follow the church's teachings. But as a human being he understands all kinds of situations, and he is open to all kinds of people, including those with different sexual characteristics.

These remarks coincide with the pope's famous statement that said,

If a person is gay and seeks God and has good will, who am I to judge?

This all goes to show the pope's stance on homosexuality is complicated, particularly in relation to church doctrine.

But, he certainly exhibited a more tolerant position than many of his predecessors and arguably set a positive precedent for his successors in this regard.