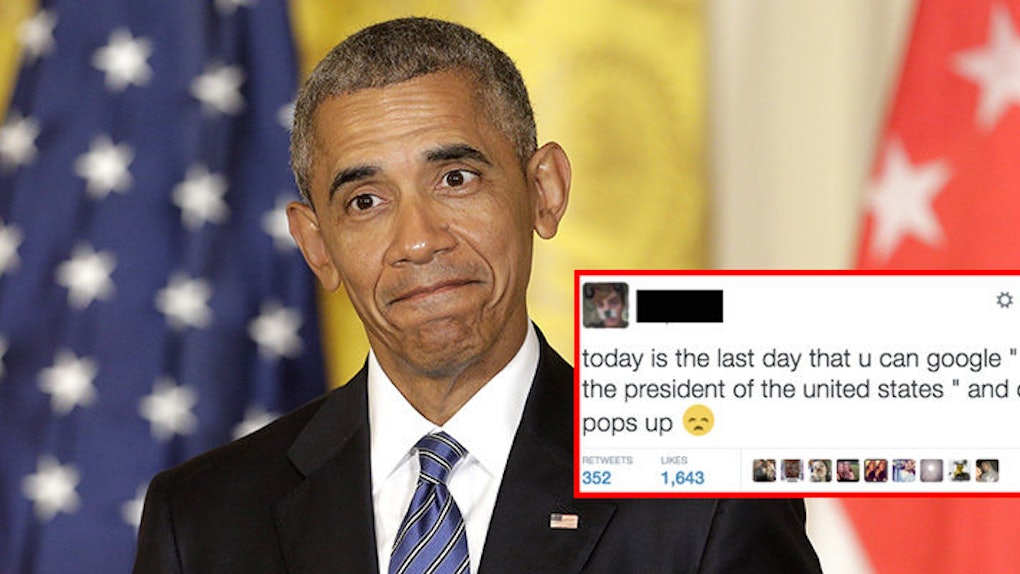 None of those opinions, and boy, do I mean none, are sillier than the idea that whoever wins the election today become president tomorrow.

Right now across social media, there is a frightening amount of people freaking out, saying Tuesday is Barack Obama's last day in office. The conviction with which they're posting their "goodbye" messages is hilarious.

Here are just a few of them.

Secondly, Obama's last day in office is not Election Day.

But don't worry, there were plenty of people who took it upon themselves to remind everyone of that fact.

By the way, it's pretty obvious why Obama has to wait to January 20 to leave. It's not a matter of coincidence, it's a matter of necessity.

The next president only has 73 days between Election Day and Inauguration day (you know, the day he or she becomes official).

That's 73 days to make a transition from one team that has all the keys to the federal government to an entirely new team that needs those keys. And let me tell you, there are a lot of friggin keys.

This CNN explainer does a pretty good job at, uh, explaining why.

So yeah, Obama ain't going anywhere, at least not yet. And that's a good thing for the next president.

So you can save your goodbye posts for later. Or whatever, just keep making us laugh with more.