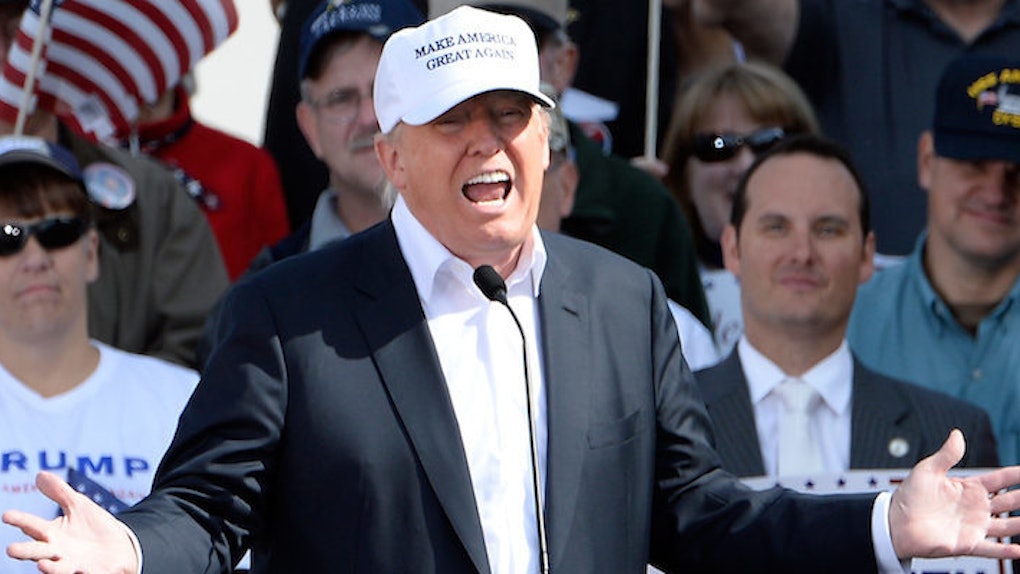 People Would Literally Rather Fight Donald Trump Than Make Him President

Do you have an inexplicable urge to punch Republican presidential candidate Donald Trump in the face?

If the answer is "yes," you are hardly unique.

A study from Brandwatch, a UK-based social media monitoring and analytics company, showed more people would prefer to get violent with Trump than vote for him, according to US News & World Report.

Brandwatch analyzed tweets highlighting what people would like to do to Trump. Specifically, it looked for tweets with the phrasing,

While people should never condone violence, this is pretty funny.

All of this is also reminiscent of that time retired wrestler "Stone Cold" Steve Austin hit Trump with his signature move, the Stone Cold Stunner. It was extremely satisfying to watch. Happy Friday!

Citations: More People Want to Punch Donald Trump Than Vote for Him (US News & World Report)