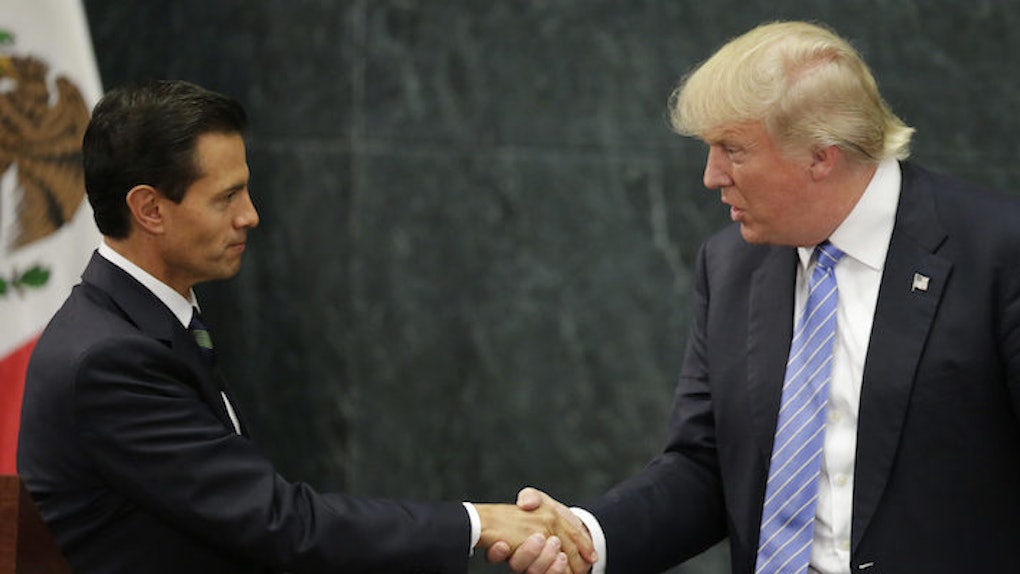 Many Divided Over Trump's Meeting With Mexico's President

After they talked privately, both delivered statements before answering questions from the press.

Peña Nieto raised some great points in his remarks and in many ways called out Trump for some of the more controversial things he's said about Mexico, its people and Mexican immigrants in the US.

But it's important to understand President Peña Nieto is extremely unpopular in Mexico, as is Trump.

This was essentially a meeting between the two most hated individuals in Mexico.

So, no matter how this went, it was always going to be a divisive event. And this was definitely never going to be something that was welcomed by the Mexican people, in particular.

Although, it also might hurt Trump that he came out fairly soft on the wall issue as well.

In short, people are definitely divided about how this went. While some were happy to see Peña Nieto defend his people, others are upset he didn't offer a more direct rebuke of Trump's rhetoric.

There's also dissatisfaction over the fact that Trump didn't offer an apology to the Mexican people.

And some essentially painted Peña Nieto as a traitor.

While a lot of people seem to think this went poorly for Peña Nieto, it also appears there are many who think Trump benefited a great deal.

Meanwhile, others seem to think people are just impressed because Trump didn't completely blow it.

People's reactions to this meeting are somewhat of a metaphor for this election cycle and US politics in general. No one could agree on anything, and nothing really changed.