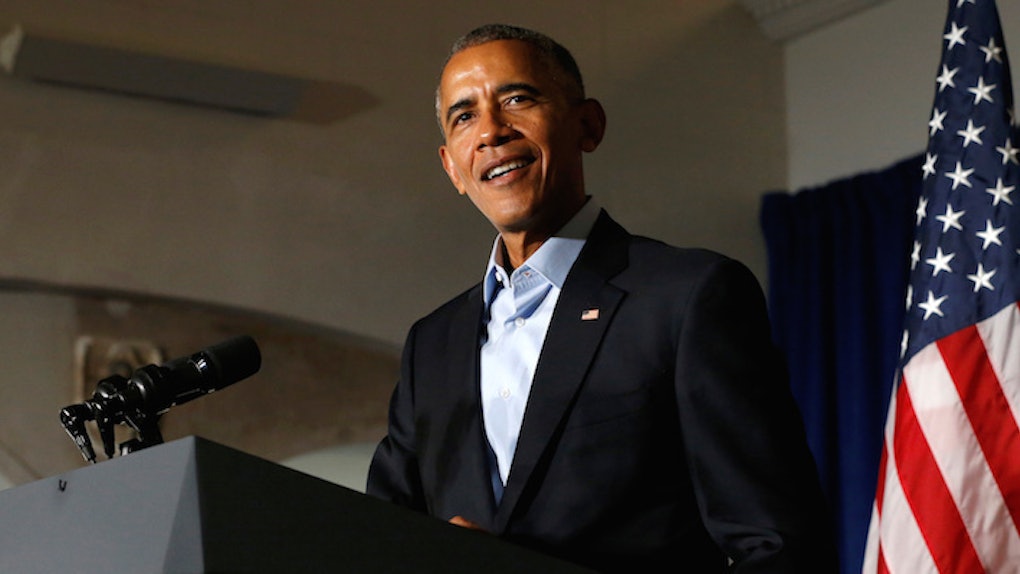 At a fundraiser in Chicago on Sunday, President Obama offered some very candid thoughts on the latest and arguably biggest controversy to hit Donald Trump's presidential campaign.

The president basically characterized Trump as an offensive child who is completely unqualified for the presidency.

In the video, the Republican presidential nominee argued being famous essentially gives him permission to walk up to women and grab them "by the pussy."

This is nothing short of sexual assault.

Many Republican leaders have withdrawn their support for Trump as a consequence of all this.

President Obama, who has never been particularly fond of Trump, said the video highlights how "insecure" the real estate mogul is.

I don't need to repeat [Trump's words]. There are children in the room. But demeaning women, degrading women, but also minorities, immigrants, people of other faiths, mocking the disabled, insulting our troops, insulting our veterans. That tells you a couple things. That tells you that he's insecure enough that he pumps himself up by putting other people down, not a character trait that I would advise for someone in the Oval Office. It tells you he doesn't care much about the basic values we try to impart to our kids. It tells you he would be careless with the civility and respect that a real vibrant Democracy requires.

Without even specifically mentioning what Trump said, the president struck at the heart of what's so problematic with it: Trump is not only saying terrible things, he's setting an abhorrent example for children.

Trump is running for the highest office in the land, yet due to his behavior parents around the country probably had to spend the weekend explaining to their children what it means to grab a woman "by the pussy."

This is precisely why the president said this particular election is so important -- it's about setting an example for kids and creating a strong foundation for their future.

The man has a point. There has never been a presidential candidate quite like Trump, and that's not necessarily a good thing.