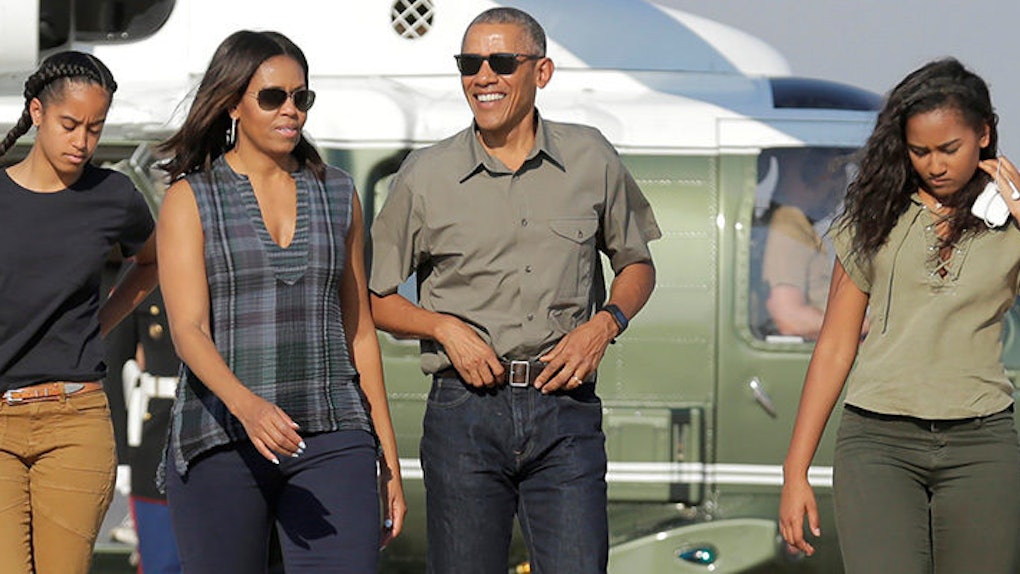 Obama Says Daughters Can Date Because They Have Secret Service

Barack Obama isn't worried... particularly when it comes to the subject of his daughters dating.

When pressed on the subject on Friday morning by radio station WDCG, Obama set the record straight with two important points.

First, he said it's not a question of "when." Malia and Sasha are already dating.

And second, POTUS has a trump card:

The other reason is because they have Secret Service. There's only so much these guys can do! These poor young men come by the house.

I would assume that "house" is the White House. You know, that place in DC where over 1,000 Secret Service agents are stationed.

Yeah, that's the one these "poor young men" have to go to. I'd imagine it's a bittersweet feeling.

Of course, there is another, more sensible reason Barack is relaxed when it comes to this topic.

One is Michelle. She's such a great example of how she carries herself, her self-esteem not depending on boys to validate how you look or you know, not letting yourself be judged by anything other than your character and intelligence.

You know, he has a good point there. I mean, remember that time Michelle Obama dropped the mic on how young women should views boys?

Yeah. Malia and Sasha should be just fine.

Oh, and in case you were wondering why our president is on some random radio station, here's one more thing: WDCG is in Raleigh. As in, Raleigh, North Carolina.

You do the math.

JK, I'll do it for you. NC is a very important swing state, with 15 electoral votes.

Have a good day.