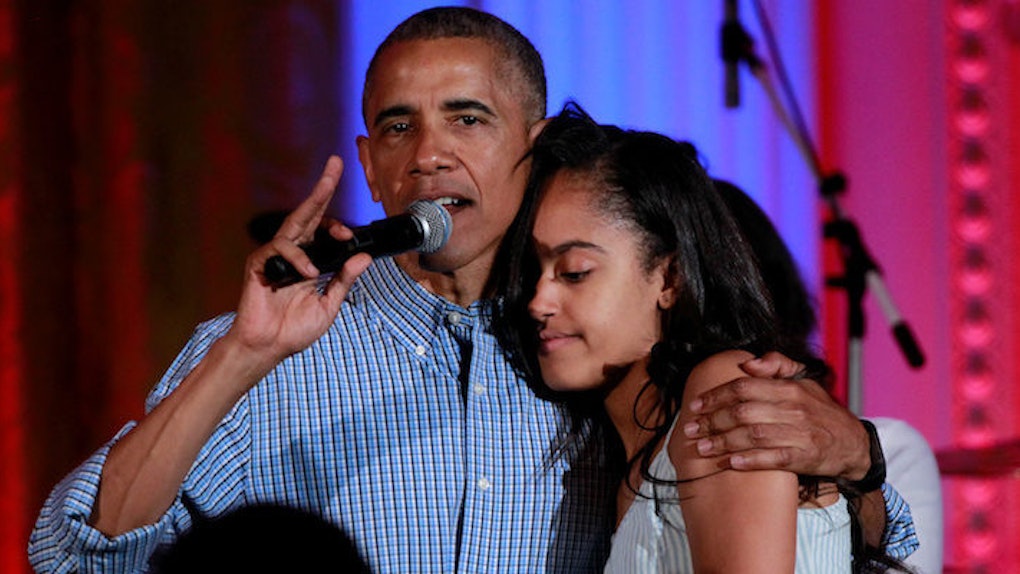 The first thing I did after Donald Trump was elected President of the United States was call my parents in tears. I asked them, "What's next? What could we possibly do from here?"

Of course, they were able to give me a few words of comfort and optimistic assurance about the daunting situation ahead.

However, it never occurred to me President Obama's daughters would have the same reaction to the Trump presidency I would.

Obama made sure to give them the vital advice needed to cope with the shocking results.

In an article from The New Yorker that will be released on November 28, David Remnick asked Obama how he spoke with his daughters, Malia and Sasha Obama, after a slew of racial incidents took place post-election.

What I say to them is that people are complicated. Societies and cultures are really complicated. […] This is not mathematics; this is biology and chemistry. These are living organisms, and it's messy. And your job as a citizen and as a decent human being is to constantly affirm and lift up and fight for treating people with kindness and respect and understanding.

And you should anticipate that at any given moment there's going to be flare-ups of bigotry that you may have to confront, or may be inside you and you have to vanquish. And it doesn't stop. You don't get into a fetal position about it. You don't start worrying about apocalypse. You say, OK, where are the places where I can push to keep it moving forward.

Although these words were directed at his daughters, we can all take his advice and run with it.

He's right: In times like these, we must be decent human beings, and we must treat people with kindness and respect.

It's the only way we'll make it through.