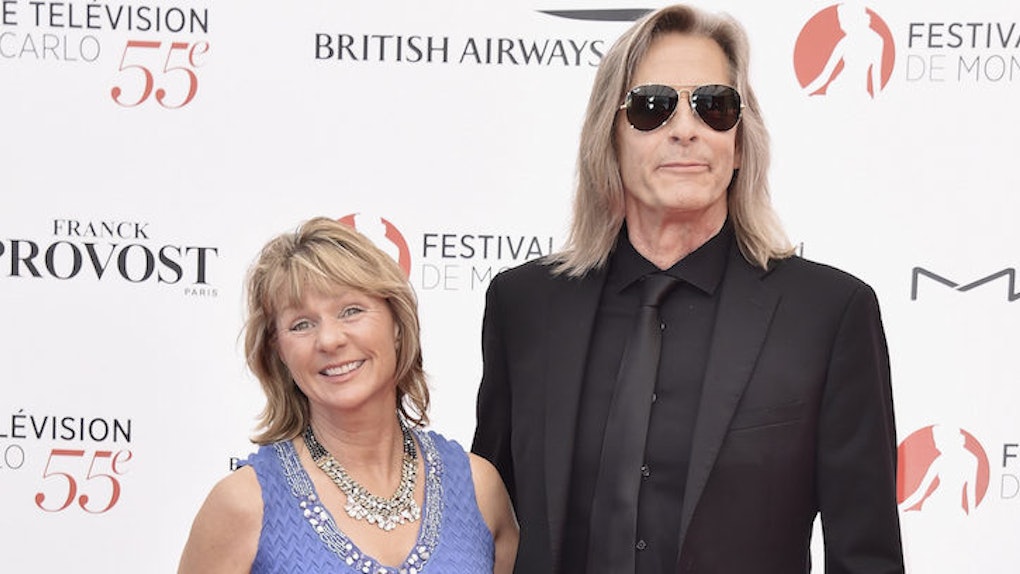 In today's world, peace can feel like an incredibly foreign concept, if not a laughable fantasy. Between the global refugee crisis, ISIS, mass shootings in the US and ongoing conflict in many parts of the globe, it's difficult to feel optimistic about achieving even a modicum of peace.

But perhaps it's because our perception of what peace constitutes is too broad. Simply put, peace starts with ordinary people like you and me.

One couple, Dawn Engle and Ivan Suvanjieff, have been nominated for the Nobel Peace Prize for encapsulating this notion.

Together, they cofounded PeaceJam, an organization established in 1996 upon the seemingly impossible goal of bringing together Nobel Peace Laureates to mentor youth around the world.

Somehow, after a great deal of planning, hard work, a meeting with the Dalai Lama in India and many phone calls, they succeeded.

Twenty years later, and the PeaceJam Foundation now has 13 Nobel Peace Prize winners who are members of its Board, and PeaceJam has truly become our international educational outreach program to the youth of the world ­­Nobels mentoring youth to change the world. More than one million young people, from 39 different countries, have participated in the PeaceJam program, and these young people have created over two million projects designed to solve the most pressing problems in their own communities. PeaceJam has carried out more than 200 Peace Congresses for Youth, where budding young leaders work side by side with Nobel Peace Laureates, and it is one of the most transformational programs for young people that I have ever seen.

Building off the incredible success of PeaceJam, Engle and Suvanjieff came up with another improbable idea: They wanted to inspire one billion acts of peace by 2019. Thus began the One Billion Acts of Peace Campaign, which is what led the two to be nominated for the Nobel Peace Prize.

Speaking with Elite Daily, Engle explained the campaign's overall goal, and how it relates to the definition of "peace":

Peace is not the absence of violence. To create lasting peace, you have to build it, and you do that by addressing the 10 key issue areas outlined in our campaign. You have to build peace, one building block at a time. Our One Billion Acts of Peace campaign is designed to show you how.

In essence, establishing peace is not a matter of nations coming together and singing "Kumbaya." Rather, it's about the little efforts we make in our day-to-day lives to change the world around us. You don't have to be the Dalai Lama to help build peace, it takes the efforts of ordinary people.

When you see something wrong, and you investigate and try to discover the root cause of the problem, and then you create a plan to tackle that root cause and take action, either alone or with others who also care -- THAT is an act of peace.

So far, the campaign has succeeded in inspiring over six million acts of peace. As the video below explains, an "act of peace" can be as simple as making a lunch for a homeless person -- it's something that takes little effort but has profound meaning.

As Rigoberta Menchu once stated:

We all have greatness and goodness in us, and we can all make a difference.

Young people, in particular, are in the perfect position to help build peace. This is particularly true in the United States, where Millennials, or people between 18-30, constitute the largest and most diverse generation in American history. As Engle explained:

Young people have the heart, the passion, the smarts and the tech savvy to engage in a campaign like One Billion Acts of Peace and become extraordinary people... real leaders, real agents of change.

As farfetched as it might sound, you really can help foster peace around the world.

The winner of the 2015 Nobel Peace Prize will be announced on October 9, 2015. If Engle and Suvanjieff win, it'll be the first time a husband-and-wife team has received the award.

In the meantime and after, visit the campaign's site and learn more about how you can be an agent of change and help build peace in our world.